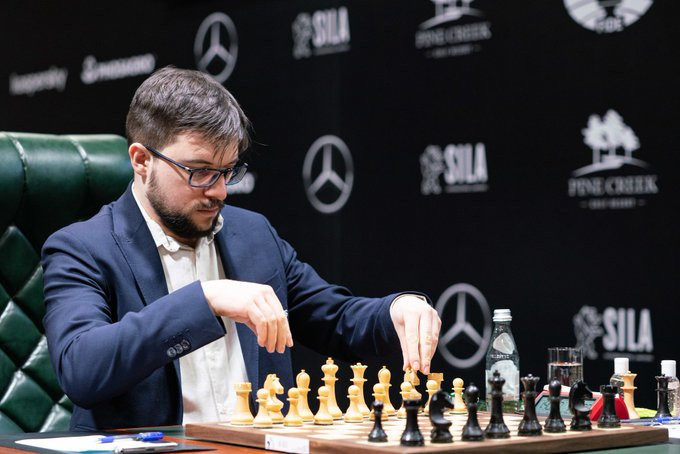 Vachier-Lagrave has joined Nepomniachtchi on 4.5 points, but is ahead on tiebreaks after winning today's round seven game at the Hyatt Regency Hotel.

China’s Ding Liren and Russia’s Kirill Alekseenko complete the top eight on 2.5 points, having played out a draw today.

And Round 7 of the #FIDECandidates is over.

Matches are due to continue tomorrow.

The final round of games is scheduled for April 3.

The tournament will decide who faces Norway's Magnus Carlsen at the World Chess Championship later this year.

It is one of the few events taking place amid the coronavirus pandemic, which has largely decimated the sporting calendar.