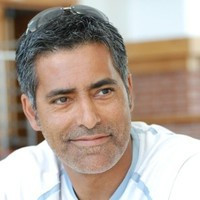 Chakraverty has been under scrutiny since it was revealed in April 2017 that he had failed to properly record a series of L-carnitine injections given to Sir Mo before the London Marathon in 2014.

Having told this to a Digital, Culture, Media and Sport Select Committee inquiry, Chakraverty blamed the large number of athletes in his care for the oversight, and confirmed it had been included on his UK Athletics employment record.

The documentary revealed emails between senior UK Athletics figures, which debated whether giving Sir Mo injections of L-carnitine two days before he ran the 2014 London Marathon was ethical, with concerns expressed over whether it was in the "spirit of the sport".

Some research has suggested L-carnitine, a legal supplement, could help to boost performance.

Fudge had reportedly collected a package of injectable L-carnitine in Switzerland from a Salazar contact, which was then brought back to London.

The email exchange between the UK Athletics officials had revealed Salazar had been "keen" for the supplement to be used.

The volume was reportedly 13.5 millilitres, which was well within the allowed limit.

BBC Panorama alleges Sir Mo initially denied he had received an injection of the supplement, citing transcripts of an interview between Sir Mo and United States Anti-Doping Agency investigators, which took place in July 2015.

Chakraverty has now resigned from his role with the Football Association (FA), as reported by The Times.

"It has been a privilege to work as the lead doctor to the England men’s senior team since joining The FA in 2016," he said.

"The team and players have been wonderful to work with and the memories of what we achieved together at the World Cup two years ago will stay with me forever.

"The time is now right to step away from this role and seek new challenges enabling my successor to establish themselves into the team before the next tournament.

"I would like to thank my colleagues and the players for their support and wish them every success in achieving their goals in the tournaments to come."

The FA have also confirmed the news.

"We would like to offer our sincere thanks to Rob, not just for his part in the team’s progress since 2016 but also in sharing his expertise across the wider medical department," an FA statement said.

"We wish him every success for the future."

The announcement comes on the same day as an independent report on UK Athletic's relationship with Salazar, who is now serving a four-year ban for doping violations.

Salazar ran the Nike Oregon Project, which was home to Farah between 2011 and 2017.

The report found UK Athletics made "reasonable" decisions given the circumstances but its handling of the scandal "could have been better".