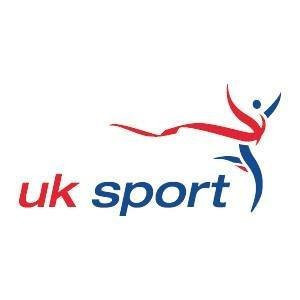 An independent review into UK Athletics has been commissioned by UK Sport following a turbulent period for the national governing body.

UK Sport chief executive Sally Munday said recent issues at the troubled organisation were of "major concern" to the umbrella body and the UK Athletics leadership.

Salazar, who had coached Britain's four-time Olympic 5,000 and 10,000 metres gold medallist Sir Mo Farah, had been described as a "genius" by Black.

A separate review into how UK Athletics handed the Salazar scandal and its relationship with the Nike Oregon Project has already been launched by the national organisation.

Zara Hyde Peters lost her job as UK Athletics chief executive days before she was due to begin the role following a story alleging that husband Mike Peters was allowed to continue coaching in athletics, despite having been permanently barred from teaching in October 2012 over an "inappropriate relationship" with a 15-year-old schoolgirl.

Richard Bowker had earlier left his role as chairman of UK Athletics and was replaced by Chris Clark last June.

Bowker had come in for extensive criticism after the Athletics World Cup, held on the same July day as the 2018 FIFA World Cup and Wimbledon finals, reportedly lost £1 million ($1.3 million/€1.1 million).

His plan to merge UK Athletics with England Athletics was also opposed.

"Both organisations are committed to delivering long-term improvement," said Munday.

"Issues raised in recent months regarding the sport are of major concern to both UK Sport and to the leadership team at UK Athletics.

"Our aim in commissioning this first stage review is to ensure we have a full understanding of the priority issues and any next steps required to help the sport move forward."

In a statement, UK Athletics said it welcomed the review from UK Sport.

"We are pleased to have the support of UK Sport on a wide range of issues and the review will sit alongside and complement this work and is a further step in building a strong future for the sport," UK Athletics said.

"Our immediate focus is obviously on the preparations for delivering a successful year and results at the Olympic and Paralympic Games this summer, while playing our part in delivering success for the sport as a whole."