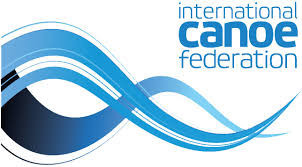 The International Canoe Federation (ICF) has announced that it will use world rankings to allocate canoe slalom quotas for this year's Olympic Games in Tokyo.

The ICF has also announced it is currently in discussion with the International Olympic Committee (IOC) on using international results to determine which countries are allocated the remaining canoe sprint quotas.

A decision on the latter is due to be taken by early April.

Today's announcement follows confirmation that all ICF and international canoeing competitions scheduled between now and the end of May will be postponed or cancelled because of ongoing concerns about coronavirus.

As part of this, the ICF and host organisers have cancelled all continental qualifiers in sprint and slalom.

The ICF Canoe Sprint World Cup in German city Duisburg, an Olympic qualifier due to have taken place from May 21 to 24, will also not be able to proceed.

However, organisers and the ICF are looking at the possibility of staging the event at the end of June.

A decision regarding this is scheduled to be made by the end of April, but the ICF says it will be guided by the ability of all athletes to take part in the competition.

Under current international travel restrictions, many athletes are not able to cross borders.

Even though the COVID-19 outbreak has forced a near shutdown of all sport worldwide and has wreaked havoc on the qualification process for the Tokyo 2020 Olympics and Paralympics, the IOC and Japanese officials have refused to waver from their stance that the Games will open on July 24 as scheduled.

The IOC admitted athletes were facing "significant challenges" in their attempts to qualify for Tokyo 2020 because of coronavirus, the main focus of a teleconference with heads of the International Federations (IFs) yesterday.

"The ICF will continue implementing its coronavirus contingency plans to deal with the cancellation and postponement of Tokyo 2020 sprint, slalom and Para-canoe qualifying events," a statement from the world governing body reads.

"The International Olympic Committee reiterated its commitment during a teleconference on Tuesday to staging this year’s Olympics, starting Friday, July 24, but expressed its support for sports like canoeing which still has Olympic quotas to fill.

Duisburg is also set to host the ICF Paracanoe World Championships from May 21 to 24, serving as a qualifier for the Tokyo 2020 Paralympics.

If the city is unable to proceed, the results from the 2019 ICF Paracanoe World Championships in Hungarian city Szeged will be used to determine final Paralympic quota allocations.

The ICF says there will be further discussions with the International Paralympic Committee.

"The IOC has expressed full confidence that the Olympics will proceed on time, and the ICF is working hard to ensure it is able to fill all available quota positions in the fairest and most appropriate manner," the statement adds.

"The ICF shares the disappointment of the canoeing community with the disruptions to the programme, but is acting to protect the health and well-being of everyone involved with our events.

"The ICF and competition organisers have also been forced to make changes for several non-Olympic discipline events."

All pre-Games training periods scheduled for Tokyo in March and April have also been cancelled.

The pre-Games training period set down for May 21 to 31 in Tokyo will be reassessed by April 15.