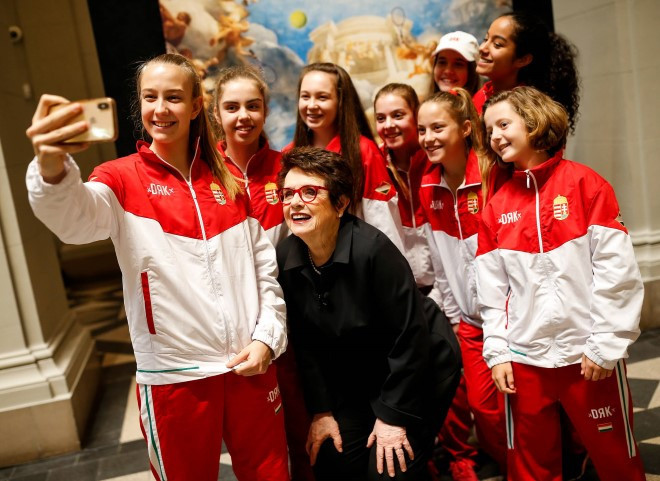 The aim of the ITF's Advantage All campaign is to improve gender equality in all areas of the game, while empowering, inspiring and enabling women and girls to reach their full potential.

A significant step towards gender equality takes place next month at the the inaugural Fed Cup Finals in Budapest in Hungary.

The event will bring together the best players from 12 nations to compete over one week for the chance to be crowned world champions and for a share of a $12 million (£9 million/€10 million) prize fund.

This is the largest annual fund in women’s team sport and equivalent to what the winning men's team receives in the Davis Cup.

The other crucial aim of the Advantage All campaign is making a difference off-court through championing role models, creating more leadership opportunities and challenging bias and discrimination.

A 2020 ITF Female Leadership Survey identified a lack of female role models as one of the greatest challenges women face in their careers.

In response, the ITF will next month launch a series of eight films featuring inspirational women discussing their own personal journeys in tennis.

In addition to this, the ITF is actively encouraging more women to seek roles with commissions and committees and has seen a rise in female representation over the past five years from 21.3 per cent in 2014 to 33.7 percent in 2019.

"We have made great strides through Advantage All over the past couple of years, however, we must not be complacent," said ITF President David Haggerty.

"Increased investment and the awarding of equal prize money is extremely significant, but we must also make sure women are represented at all levels of the sport.

"We all have a role to play in creating a more inclusive environment, and I’m proud that tennis is continuing to lead by example.”

"Through tennis, we not only have an opportunity, but also a responsibility to drive positive change in our sport and in society.

"It’s important to be more inclusive and be role models who inspire more women and girls to play tennis and empower more women to take up leadership roles."