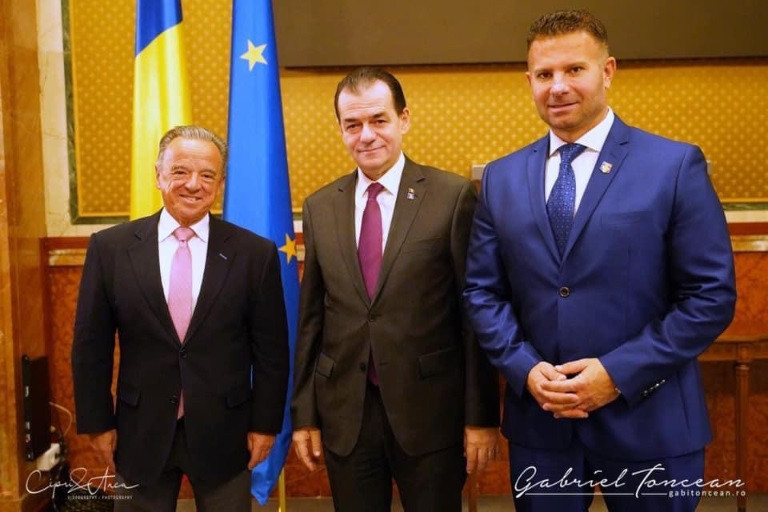 International Federation of Bodybuilding and Fitness (IFBB) President Rafael Santonja has held a series of meetings during a visit to Romania.

Together, Santonja and Toncean met with Romania’s Prime Minister Ludovic Orban and talked about the role of fitness in education for youngsters and the overall population.

They also visited the headquarters of the Romanian Olympic and Sports Committee, whose President Mihai Covaliu, a former Olympic and world fencing champion, was present.

Covaliu was thanked for his support for the FRCF and IFBB.

Another meeting held was that with Romania’s Minister of Youth and Sports, Ionuț-Marian Stroe, with agendas coordinated on matters of common interest, including education and anti-doping.

The progression of fitness and bodybuilding in the country was discussed as well, along with the organisation of the IFBB World Junior Championships and IFBB European Cup, both of which are due to take place in Romanian city Cluj-Napoca from October 23 to 26.

Furthermore, Santonja attended the FRCF’s annual assembly, updating officials on the latest developments from the IFBB.