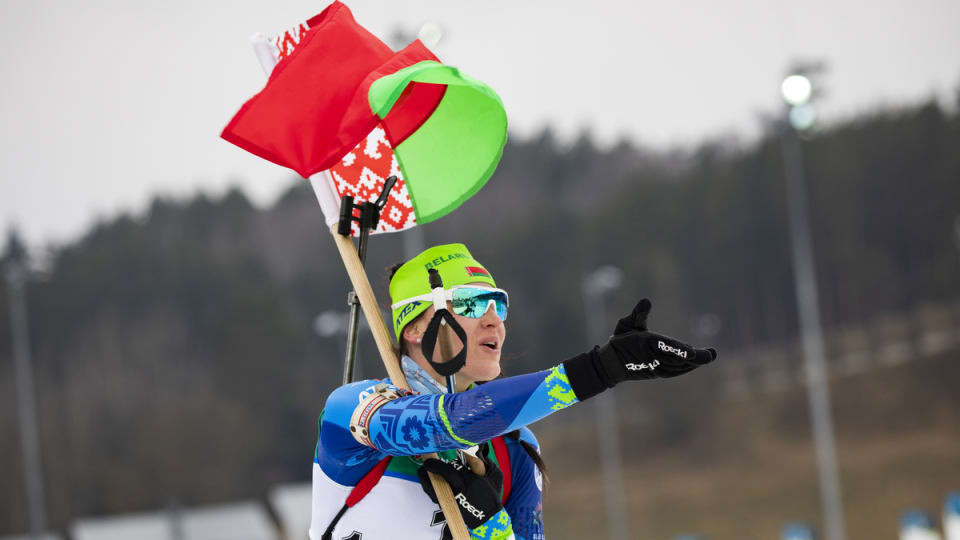 Hosts Belarus finished top of the medals table at the International Biathlon Union Open European Championships in Minsk after winning the men’s and women’s pursuit titles on the final day.

Sergey Bocharnikov, who had won the men’s sprint title for Belarus on Friday, earned a second title after taking control of the men’s 12.5km pursuit after shooting clean in the first prone stage.

He crossed the finish line at Raubichi with just two penalties in 35min 03.9sec.

Two hours later his team-mate Elena Kruchinkina won the women’s 10km title, bringing the final Belarus gold total to three, after taking the lead following the last standing stage, where she produced her first-ever 20-for-20 shooting.

After crossing the line in 29min 21.1sec she told the IBU: “I was very happy coming to the finish line with the flag there – it was a special moment.

“I have been working very hard with my shooting coach.

“This is only my second clean shooting in 10 years, so I am very happy.”

Caroline Colombo of France finished fourth with one penalty, 55sec back.

Bocharnikov was also emotional in victory.

“It is a home championship and I have two golds,” he said.

“I see many athletes do this – it was an amazing feeling.”