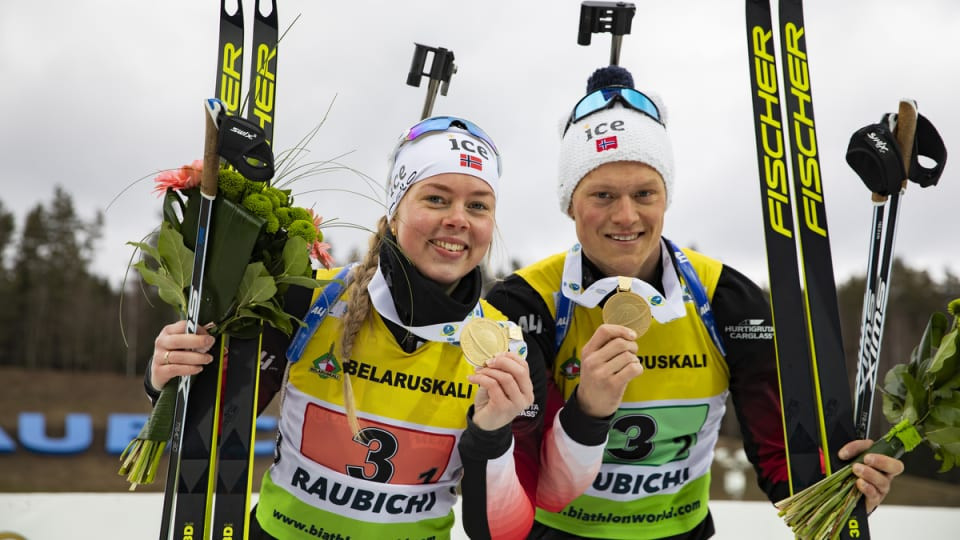 Norway and Ukraine earned the relay spoils on the second day of the International Biathlon Union Open European Championships in Minsk.

Endre Stroemsheim and Karoline Erdal clinched gold for Norway in the single mixed event, while Ukraine triumphed in the mixed relay race.

Stroemsheim and Erdal clocked 47min 12.2sec to beat Justus Strelow and Stephanie Scherer of Germany, who took silver after finishing 11.5sec behind the Norwegian duo.

The bronze medal was claimed by Ruslan Tkalenko and Anastasiya Merkushyna of Ukraine, who were 0.3 seconds further adrift.

"I was not too worried about the three spare rounds in prone; we had very good skis today," Stroemsheim said.

"I tried to be aggressive, if you hesitate you will miss."

Russia did enough for silver, while hosts Belarus added to their medal tally at their home event by taking bronze.

"The conditions were tough and I did not feel that good," said Pidruchnyi.

"It was really nice to finish with the flag.

"You do not get that chance very often."

The event in Minsk, which replaced Otepää as hosts because of a lack of snow at the Estonian venue, resumes on Saturday (February 29) following a rest day tomorrow.