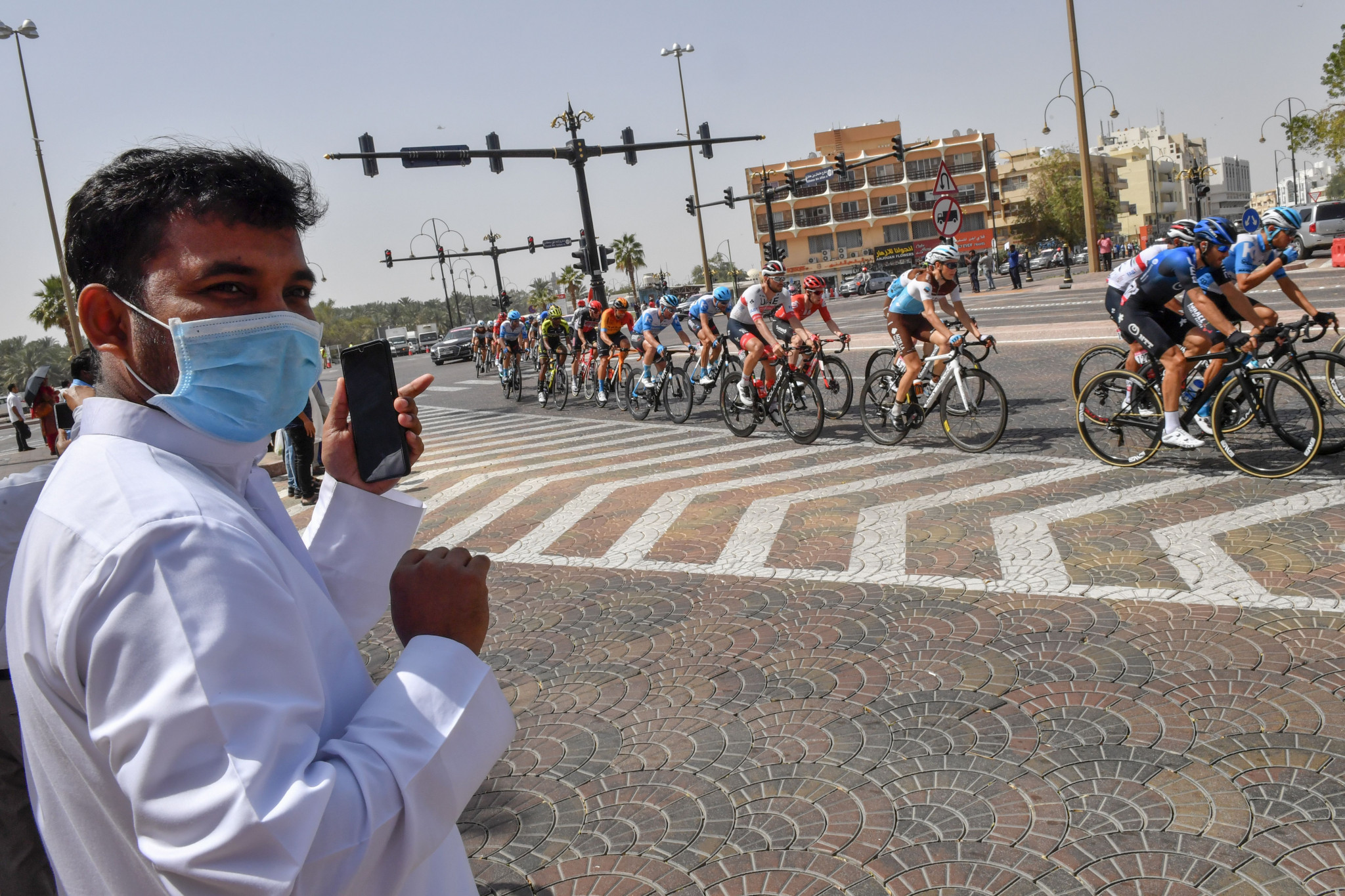 The UAE Tour has been cancelled two stages before it was due to conclude because two members of staff at one of the competing teams were found to have coronavirus.

Both people are Italian are were initially described by organisers as "participants", but later post on Twitter calls them "two Italian staff members of one of the teams".

Riders and all those involved in the race are now being tested for the virus, named COVID-19 by the World Health Organization.

In a statement confirming the decision, organisers said that "safety comes at the top of all priorities."

Riders and all those involved in the race are now being tested for coronavirus.

Chris Froome, who was making his return to racing at the event, tweeted that he was "awaiting testing and will remain at the hotel until further notice."

On the subject, the organisers' statement said: "In the meantime, the Ministry of Health and Prevention said that all the Race's participants, administrative staff and organisers will be examined through the continuous periodic screening being conducted, and all needed procedures, including quarantine measures, will be taken to ensure viral suppression and curb the spread of its outbreak in coordination with all health and other authorities concerned in the country."

This issue could now spread to the UCI Track Worlds in Berlin, where some riders who began the UAE Tour have now arrived to compete over the weekend https://t.co/FN8ZYtkJAh

Italy is the country outside of Asia with the most confirmed cases of coronavirus - at least 655 - and 17 people have died.

Sporting events in certain regions of the country have already been postponed, including top-flight football matches last weekend, while the nation's upcoming Six Nations rugby matches in Ireland are off too.

Globally, there are now more than 83,000 confirmed coronavirus cases and the number of new cases outside of China is eclipsing new cases in the country where the outbreak originated.

There were already six new cases confirmed in the United Arab Emirates yesterday, with the country stopping all flights to and from Iran, one of the worse-affected countries.