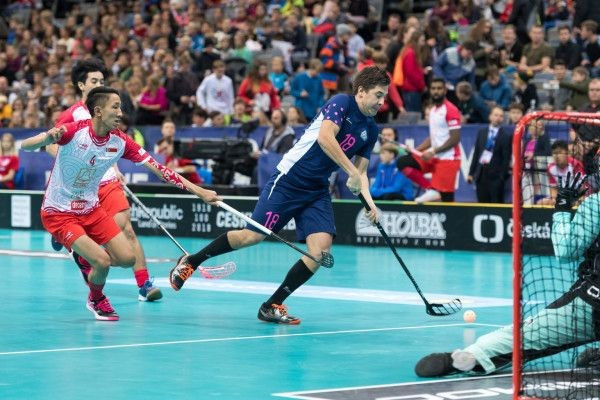 The International Floorball Federation (IFF) has cancelled the Asia-Oceania qualifiers for the 2020 Men's World Championship because of coronavirus.

Competition was due to take place in Thailand's capital Bangkok between March 2 and 8, with seven teams involved.

Earlier this month, the IFF gave the green light to the event despite Philippines pulling out due to travel restrictions.

The situation has now deteriorated, however, with host venue Bangkok Arena announcing its withdrawal.

Thai authorities have also introduced quarantine measures for people arriving from Japan, South Korea and Singapore – three of the countries who were due to take part.

A further blow has seen support for the qualifier withdrawn by the Bangkok Metropolitan Administration and the Thailand National Sport University.

There are no plans for a rearrangement and the top four teams in the rankings will instead qualify for this year's World Championships in Helsinki, between December 4 and 12.

At present that is Australia, Thailand, Singapore and Japan.

"Due to the rapid spreading of the coronavirus and the new directives from the Thai Government, the IFF had no other option than to cancel the event in Thailand," said John Liljelund, the IFF secretary general.

"This decision has not come lightly and we truly apologise for any inconvenience caused."

An IFF statement added: "The IFF ExCo further strongly recommends that the participating teams do not start/continue their travel to Bangkok, Thailand, due to the imminent risk of being put into quarantine."

A large number of sporting events have been cancelled or postponed due to the spread of coronavirus, which originated in Chinese city Wuhan.

There have now been more than 82,000 cases and more than 2,800 deaths, with the vast majority of these in China itself.

Thailand is one of 50 countries and territories around the world to confirm having patients, with 40 cases recorded.