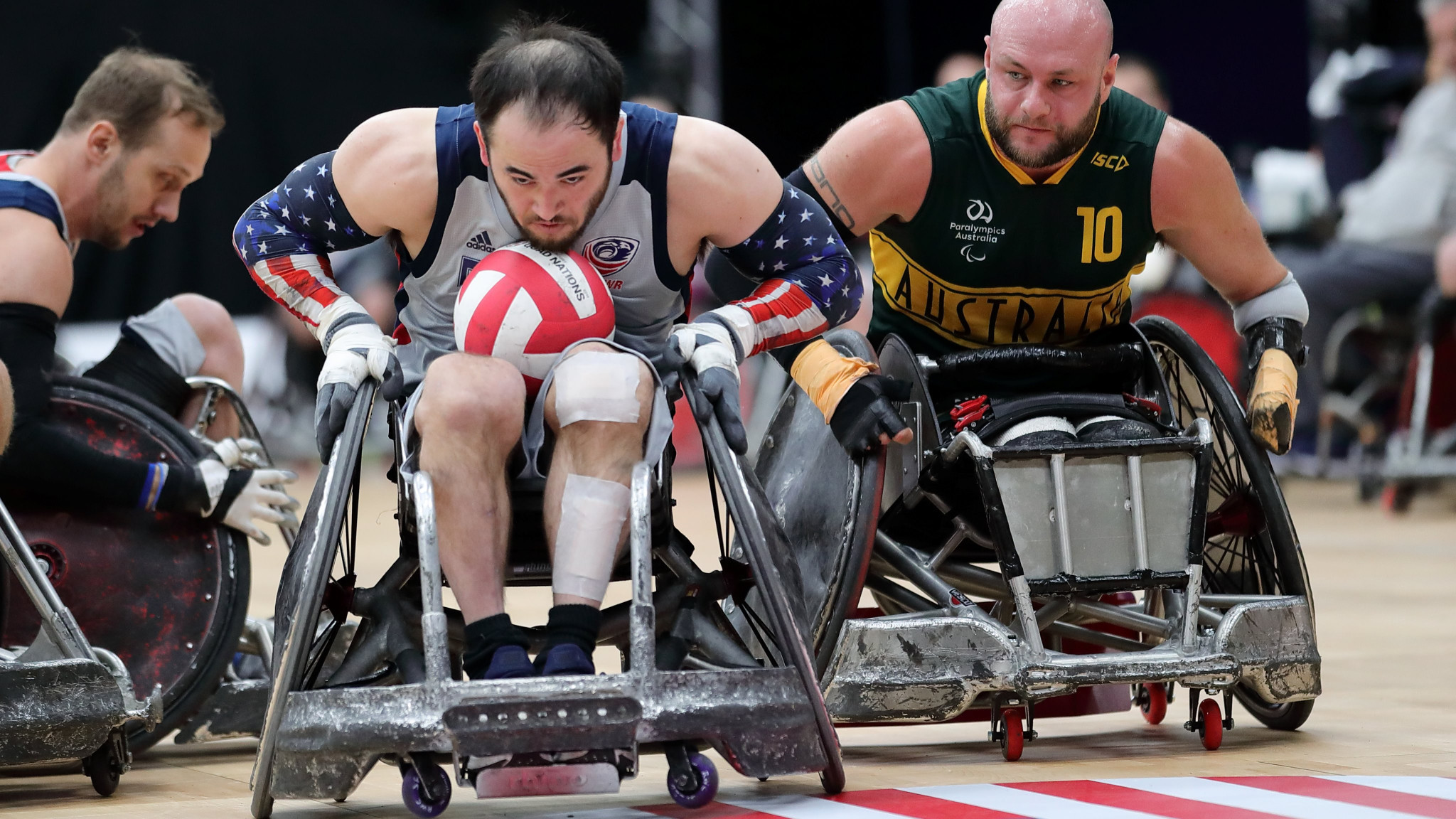 The United States topped the group on day one of the Wheelchair Rugby Quad Nations in Leicester after back-to-back victories.

The opening match saw the US take control early in their match against Australia, winning the match 54-42, having taken a five-point lead into half time before pulling away in the second-half at the Morningside Arena in the English city.

Britain’s first match came against the US and they kept the favourites honest in the first half with the score at 27-26 to the visitors.

By the end of the match, nothing separated the sides as the match entered overtime.

They needed four periods of over-time, but @usawchrugby edged @gbwrnews in a thrilling battle in Leicester. What an advert for wheelchair rugby! pic.twitter.com/VD3ILRrY0L

Finally, after four periods of overtime, the US got the crucial lead to finally win the match 65-64 in a thrilling encounter and brave battle from the hosts.

The last time all three of these teams met in the Quad Nations in the inaugural tournament in 2018, the US won by one point over Australia in the final in a score of 56-55.

In the late match, the hosts would get a win on the board with a 58-46 win over Australia, who now sit at the foot of the table.