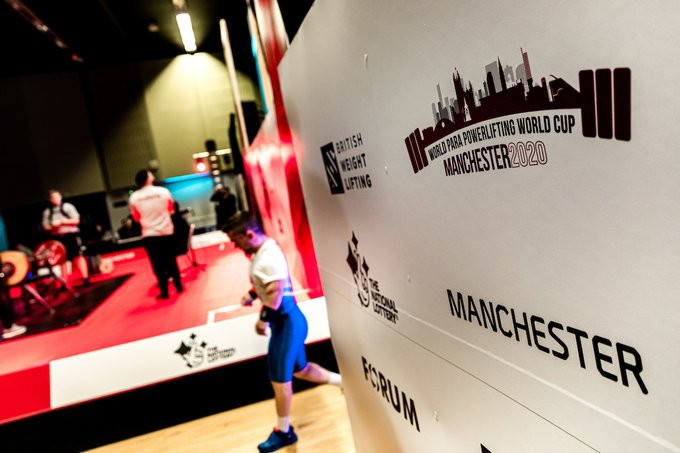 Dean triumphed in the women's up to 61 kilograms category with a lift of 72kg at Wythenshawe Forum in the English city.

It came a day after fellow Briton Zoe Newson had secured the women's up to 41kg title.

Ireland's Nicola Dore was the silver medallist with 67kg, while Hungary's Renata Koselak took the bronze with 60kg.

The women's up to 61kg event was held at the same time as the women's up to 67kg competition, which was won by Mexico's Miriam Isela Aguilar Jimenez with a lift of 100kg on her last attempt.

What a way to end a day! Marek Trykacz for the win and Mark Swan for the bronze and new European junior record with 155kg lifted!

Rio 2016 bronze medallist Dimitrios Bakochristos of Greece came out on top in the men's up to 54kg event after lifting 162kg with his last try to steal victory from Kazakhstan's Zakhar Buimov, who registered 100kg.

Despite a no lift in the last round, Chile's Juan Carlos Garrido took the win in the men's up to 59kg category with a 177kg lift on his second attempt.

The last event of the day was the men's up to 65kg and saw Poland's Marek Trykacz prevail with 173kg.

Chile's Jorge Carinao was the runner-up with 170kg, while Britain's Mark Swan ranked third with a European junior record-breaking lift of 155kg.

The World Para Powerlifting World Cup, due to continue tomorrow, is part of the qualification process for this year's Paralympic Games in Tokyo.