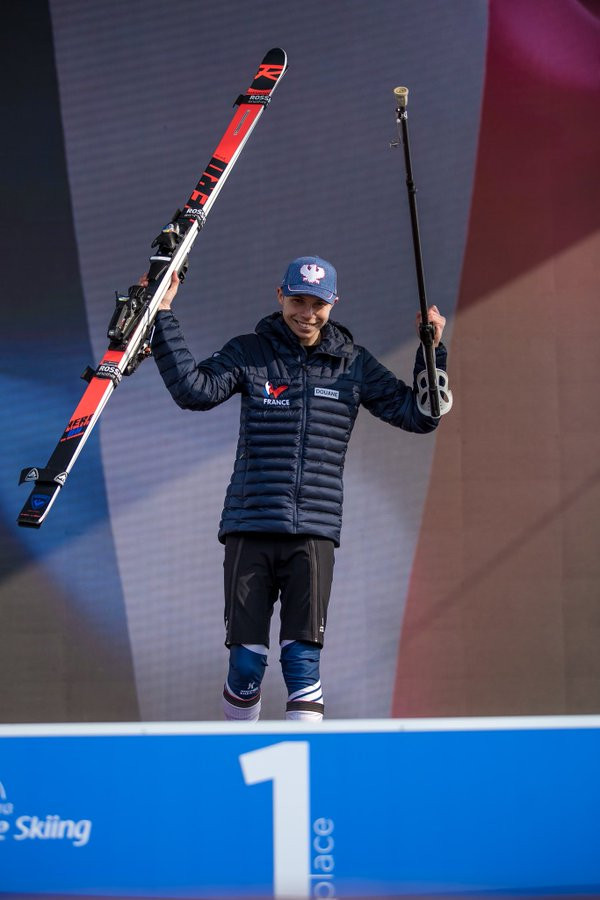 France's Arthur Bauchet and compatriot Marie Bochet made it back-to-back wins in the respective men's and women's standing categories as downhill action continued today at the World Para Alpine Skiing World Cup in Yuzhno-Sakhalinsk in Russia.

Bauchet followed up his victory yesterday by winning in a time of 57.50sec.

Among today's other winners on the men's side of competition were Italy's Giacomo Bertagnolli and guide Andrea Ravelli in the men's visually impaired event, improving on their runners-up finish yesterday.

🇫🇷 @MarieBochet makes it two out of two 🥇🥇 in the women's standing downhill to start off a fantastic day for France 🥐.

Russia's Ivan Frantsev and German Agranovskii came third for the second day running, ending up 1.60 seconds off the pace.

There was also a second win in as many days for Norway's Jesper Pedersen in the men's sitting event.

The third and final set of downhill races are due to take place tomorrow.

Action is scheduled to run through to February 21.