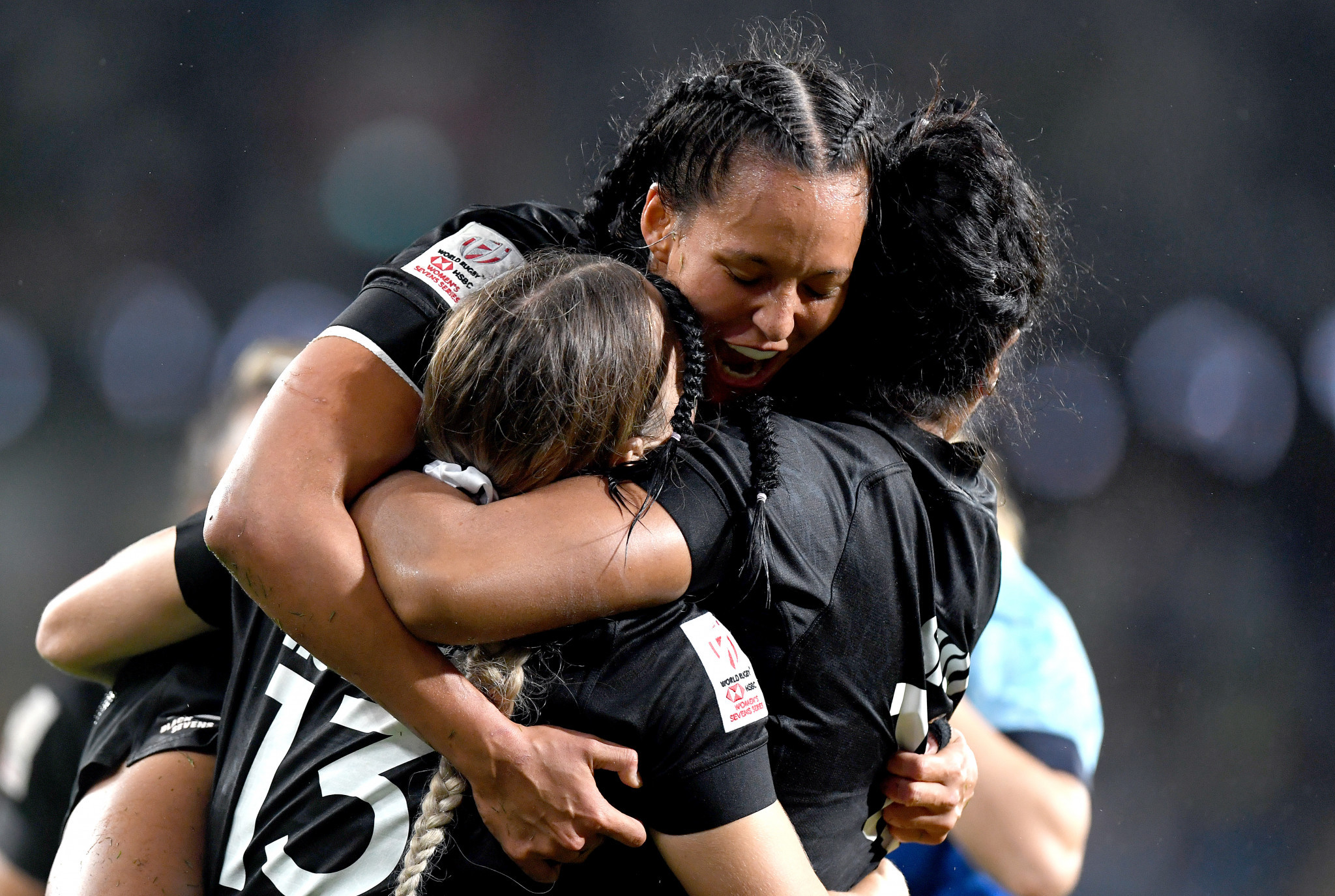 New Zealand won their fourth World Rugby Women's Sevens Series event in a row and extended their winning streak to 19 matches on a weather-interrupted day in Sydney.

The Black Ferns were simply too strong for Canada in the final, brushing them aside 33-7.

Having already won in Dubai, Cape Town and on home soil in Hamilton this season, they now have a 16-point lead at the top of the standings.

Tyla Nathan-Wong, who earlier in the day had become only the second person to reach 1,000 Sevens Series points, was named player of the match after scoring the final's opening try and adding four conversions.

New Zealand had begun the day by beating England 26-12 to secure their place in the semi-finals, where a superb performance from Stacey Fluhler saw them past France.

Fluhler scored all four of the Black Ferns' tries in a 24-7 triumph.

Canada's route to the final featured a 34-0 rout of the hosts in the semi-finals in which they scored six unanswered tries.

HIGHLIGHTS | Find out what happened in an action-packed final day of the women's #Sydney7s #DHLRugby pic.twitter.com/5WUw9WjBCI

However, defeat in the showpiece game means Canada have only beaten New Zealand once in 21 attempts.

Lightning delayed the showdown for the bronze medal but Australia were able to salvage some pride and held on to beat the French.

Ellia Green and Demi Hayes scored two tries in the first two minutes as Australia raced into a 12-point lead, but France fought back after the break.

Two French tries reduced the deficit to 12-10, but a French restart not travelling the necessary distance allowed Australia to see out the game.

The next stop on the tour is Hong Kong, beginning on April 3, but the coronavirus outbreak has already caused the cancellation of many sporting events in Hong Kong and China - yet organisers say they currently have no plans to follow suit.