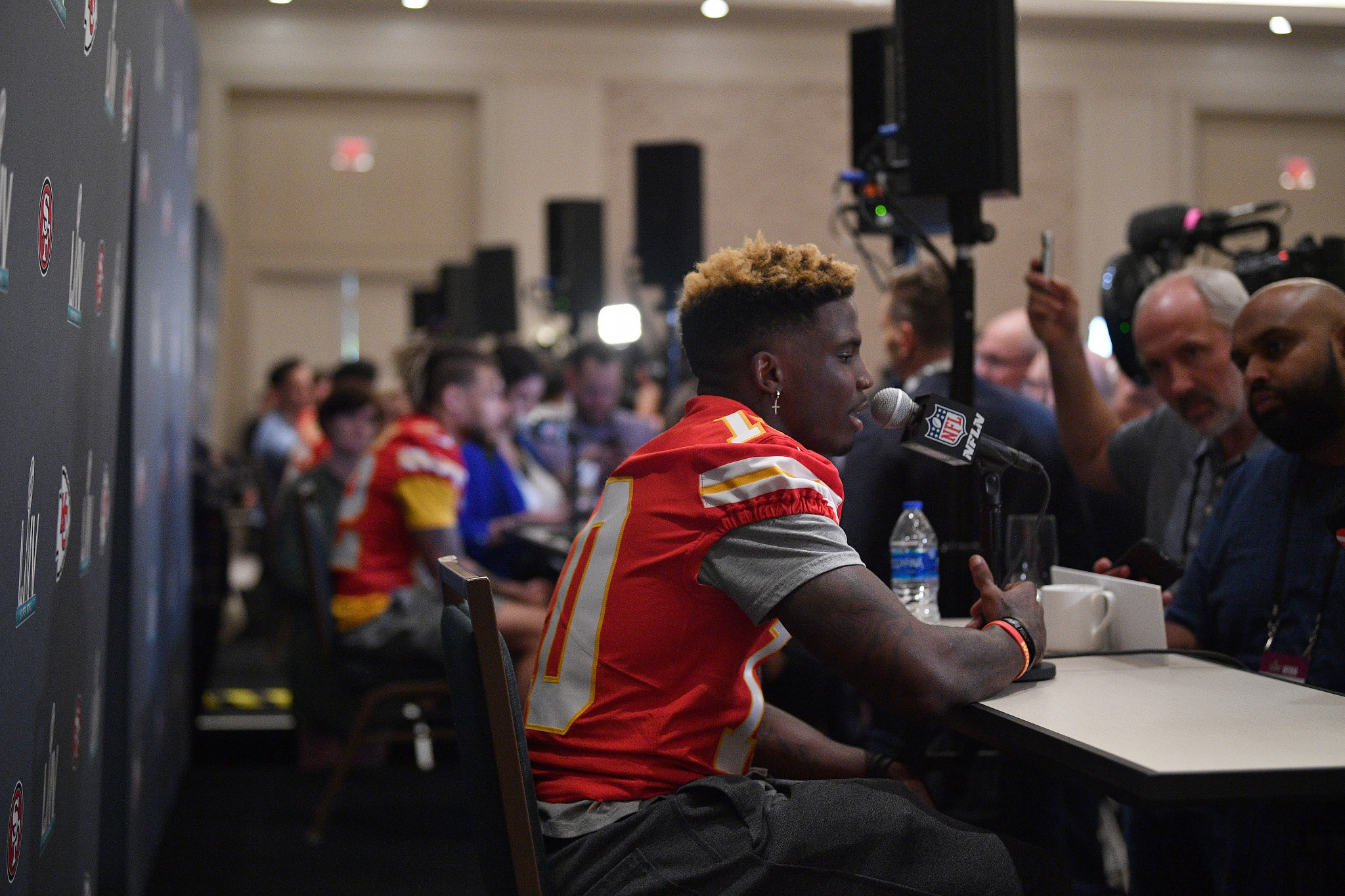 Kansas City Chiefs wide receiver Tyreek Hill is looking beyond today’s 54th Super Bowl, where his team meets the San Francisco 49ers, to a possible appearance at this year’s Olympic Games in Tokyo.

Earlier this week as part of the media build-up to the impending meeting in Florida’s Miami Gardens, Hill told Michael David Smith of Pro Football Talk that he had serious ambitions of representing the United States in the 100 metres at this summer’s Games.

Fifty-six years ago at the first Tokyo Games, Bob Hayes won gold for the US in the 100m and 4x100m before pursuing an American Football career with the Dallas Cowboys, becoming the only man in history to win Olympic gold and a Super Bowl ring.

"Hopefully after this season, if I'm healthy and my mind is still in the right place, I really want to try to qualify for some Olympic teams," he said, adding that he had looked into the process of qualifying for the Games that start in the Japanese capital on July 24.

Hill’s ambitions are tempered with realism.

"So it would be me changing my whole diet that I've been doing to get to where I am now."

Should he be successful, however, Hill would be taking his place among a select and illustrious group of those who have previously bridged the gap between the National Football League (NFL) - including, for some, an appearance in the pinnacle event of the Super Bowl and in the Olympic Games, the pinnacle event in world sport.

The usual pattern for these adaptable athletes has been to establish themselves in track and field before moving on to NFL.

In seeking to reverse that order, Hill is bucking the trend, although he would not be unique.

Thus far the only fully fledged NFL player to compete in the summer Olympics is Jahvid Best.

He played for the Detroit Lions from 2010 until 2013, when he was released after the numerous concussions he had had during his career precluded him from safely continuing.

He then turned to athletics, and in 2016 represented St Lucia, his father’s home country, Olympic Games in Rio de Janeiro, running a time of 10.39sec in his heat but failing to advance to the semi-finals.

For review of athletes who have bridged the NFL-Olympic gap, go to The Big Read.