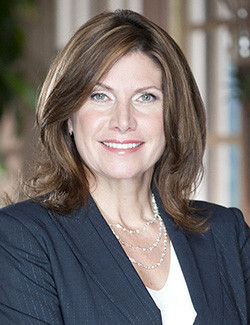 The new interim President and chief executive of USA Gymnastics Mary Bono has found herself embroiled in scandal just a day after being appointed in the role, after a tweet emerged of her criticising sports clothing brand Nike.

The tweet, which she posted last month but has since deleted, shows her blacking out the Nike logo on a pair of golf shoes before playing in a charity event.

It came at a time when people were burning or destroying their Nike clothing in protest against the company's support of National Football League player Colin Kaepernick, who sparked a national debate in 2016 for repeatedly kneeling during the national anthem before games.

But Kaepernick, who appeared in a Nike advert, said he was merely trying to highlight what he sees as institutionalised racism against African Americans.

"Don't worry, it's not like we needed a smarter USA Gymnastics President or any sponsors or anything."

Biles is a Nike sponsored athlete and the national governing body lost a number of its primary sponsors during the fall-out over the Larry Nassar sexual abuse scandal.

The former team doctor is currently serving a jail term of up to 175 years after charges of abuse against hundreds of athletes including Biles.

The crisis led to fierce criticism of both USA Gymnastics and the United States Olympic Committee over what they knew and when and whether they could have prevented the abuse, with the previous chief executive Kerry Perry resigning just nine months after taking the role.

Many have now questioned whether Bono will listen to athlete's concerns if she is willing to dismiss Kaepernick's protests.

In a statement Bono said she "respects everyone's views and their fundamental right to express them".

"This in no way reflects how I will approach my position at USA Gymnastics," she added.

"I will do everything I can to help change the culture and to work with the entire community to build an open, safe and positive environment."

The controversy is just the latest in a long line of issues that have arisen since the Nassar scandal.

The last two chief executives were both ousted amid doubts over the governing body's sincerity in making necessary cultural changes.

Perry resigned less than a year after taking the job amid criticism of her handling of the Nassar case.

Last month, Mary Lee Tracy was appointed as elite development coordinator for the women's programme but was soon ousted after claims she had "supported Larry Nassar and victim-shamed survivors".

She was also a member of the US House of Representatives for 15 years, representing Southern California.

Her role at USA Gymnastics will last until a permanent successor is found.