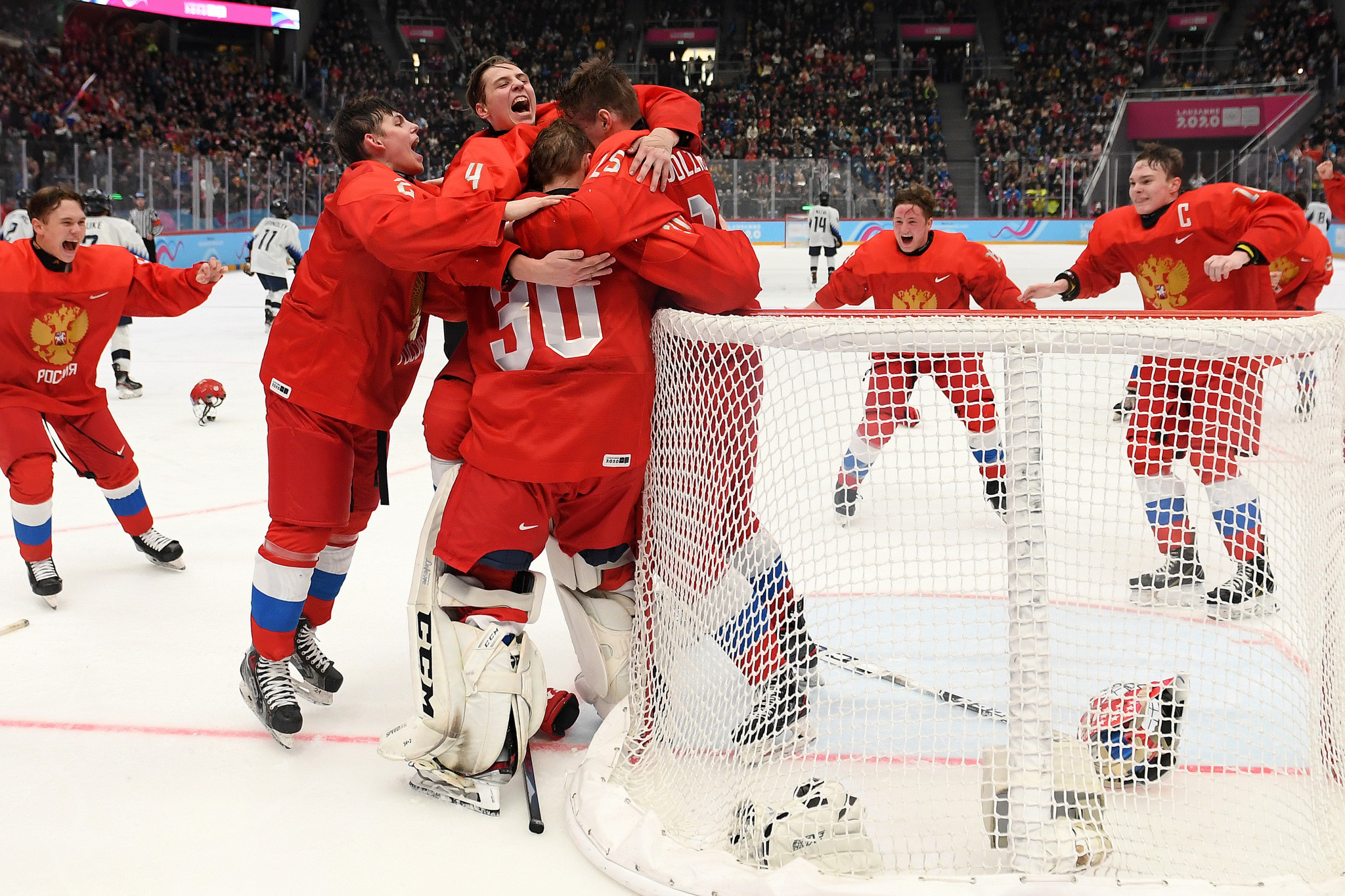 Russia sent a warning of the strength-in-depth in their junior ranks, easing to victory over the United States to secure the men's ice hockey gold medal at Lausanne 2020.

The Russian team beat the defending champions 4-0 in a one-sided final at Vaudoise Arena.

Matvei Michkov scored twice, while Ruslan Gazizov and Vyacheslav Malov also got in on the act in a commanding Russian display.

The host nation also won 10 golds, but finished the Games on six silver and eight bronze.

"Physically we were a bit stronger, so when we could we applied some pressure on them," said Michkov, the tournament's top scorer.

"We won today because of discipline and team spirit."

The result may have gone some way to easing the cloud over Russian sport, as the country awaits a final decision on whether its flag will be banned from major events, including the Olympic Games, as punishment for the state-sponsored doping scandal.

It was rarely in doubt as the Russian team dominated at both ends of the rink.

Michkov's first-period double set the tone, before Gazizov made it 3-0 after the restart.

Malov put the gloss on a convincing performance by scoring a fourth in the final period, and the result was greeted with wild celebrations by the Russian team and coaching staff.

Canada claimed bronze with a 4-2 win in the third-place playoff against Finland.