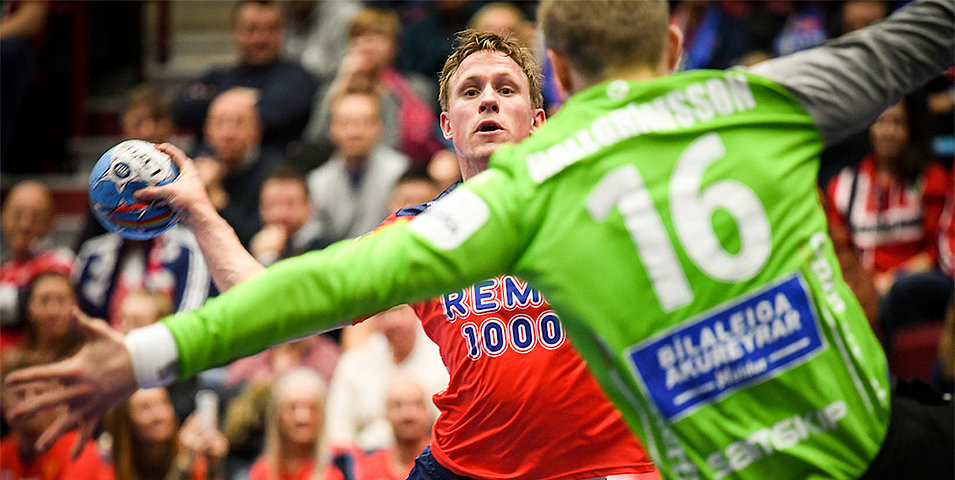 Norway are through to the semi-finals of the European Men's Handball Championship after a combination of their hard-fought win over Iceland and Hungary's surprise loss at the hands of Group II hosts Sweden.

Norway, the 2017 and 2019 world silver medallists, kept a determined Iceland side at bay to finish with a 31-28 win at Malmö Arena, making it six victories out of six overall and four from four in Group II in the main round.

Trailing 19-12 at half-time, Iceland fought back and won the second period 16-12, but the deficit proved insurmountable.

The tournament's top scorer, Norway centre-back Sander Sagosen, reached a total of 51 goals with nine strikes in the match.

Norway's place in the semi-finals was confirmed after Sweden picked up their first main-round win by beating Hungary 24-18.

They will seal their second semi-final berth in history as Group II runners-up tomorrow, providing they pick up at least a draw against Norway.

If Slovenia lose against Norway and Hungary win against Portugal, Hungary will progress to the last four for the first time.

Tomorrow's other match in Group II will be between Iceland and Sweden, both of whom have been eliminated.

The final round of matches will also be played in Group I, including the decider between already-qualified Spain and Croatia.