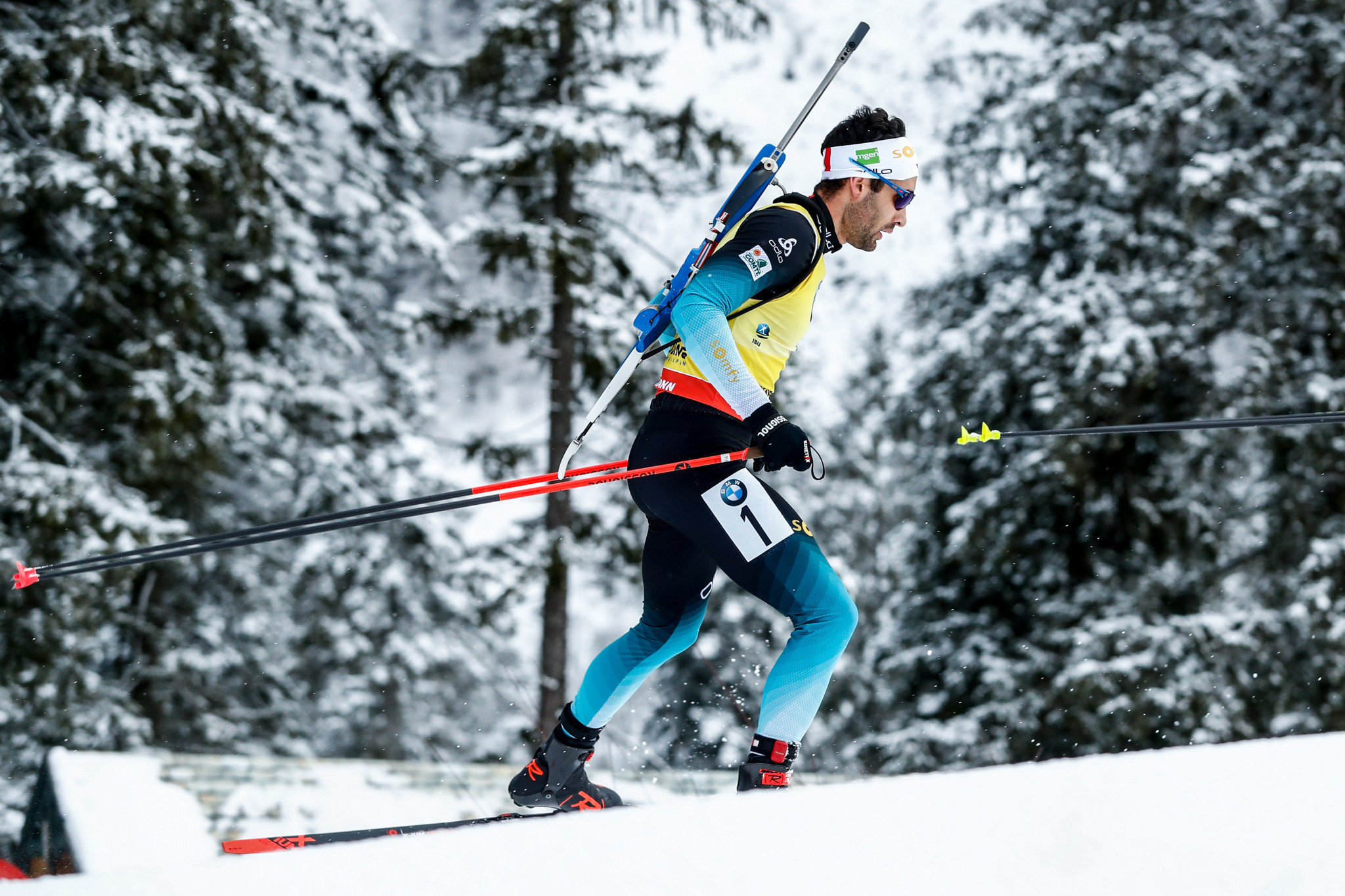 The theme of French success in general, and success for Martin Fourcade in particular, continued at the International Biathlon Union (IBU) World Cup in Ruhpolding in Germany as he won the men’s 12.5 kilometres pursuit competition.

The five-times Olympic champion, winner of the men’s 10km sprint on Thursday (January 16) before helping France to team victory in yesterday’s men’s relay, finished 17 seconds clear in today’s race in a time of 31min 26.8sec at the Chiemgau Arena.

Silver behind Fourcade went to his team-mate Quentin Fillon Maillet, who had also followed him home on Friday.

Maillot suffered a costly miss which gave Fourcade the lead with one shoot to go, and his colleague took full advantage.

The third place on the podium was occupied by Vetle Christiansen of Norway, who prevented a French clean sweep by just a tenth of a second as he finished ahead of Simon Desthieux.

Benedikt Doll of Germany had slipped back from podium contention after experiencing a temporary problem with one of his poles, and eventually finished fifth 57.2 seconds behind Fourcade.

After what was his 81st victory in this event, the 31-year-old from Perpignon finished comfortably clear with a big smile on his face, punching the air as he glid over the line.

Asked about the celebration, Fourcade responded: "It is just what is deep inside you going out.

"Sometimes people can feel I am a bit arrogant when I do something like that, but there is just too much adrenaline.

"It has been a wonderful weekend in R a big fight with my team-mate and I am so satisfied that I succeeded because there were a lot of emotions.

"I am satisfied and really proud."

Fourcade thus increased his overall lead in the IBU World Cup overall standings, with 507 points, ahead of Maillet on 436 and Desthieux on 435.

In the women’s race Eckhoff equalled the dozen victories achieved by her legendary compatriot Eirik Kvalfoss as she won her third pursuit race of the season.

She finished in 34:08.37 with Paulina Fialkova of  Slovakia second, 46.3 seconds behind, and Hanna Oeberg leading home two fellow Swedes in third place, 55.1 seconds down.