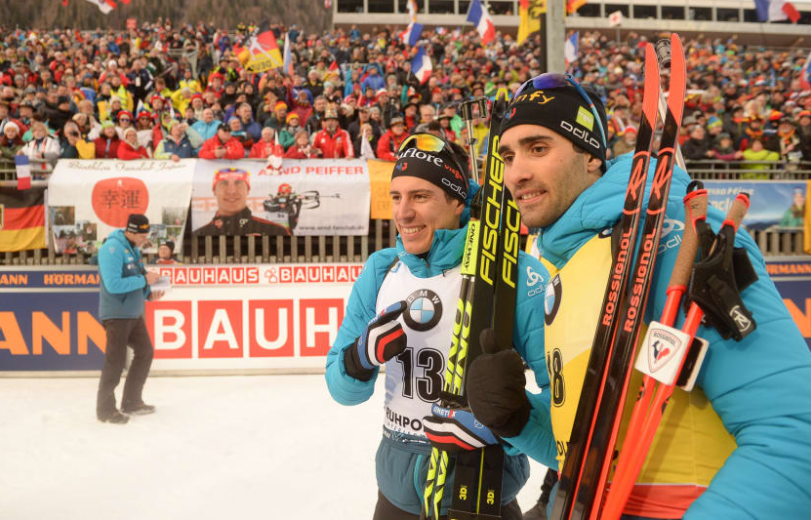 It was a great day for France, with six finishers in the top 13, as Fourcade registered a winning time of 22min, 41.5sec.

Compatriot Quentin Fillon Maillet was 3.1 seconds behind, with Germany’s Benedikt Doll rounding out the podium 12 seconds behind the leader.

"It's quite unbelievable," Fourcade said.

"I was not as powerful as I expected on the skis, but it's not only about skiing - it's also about being accurate and fast in the shooting and I'm satisfied with the win.

"You know, especially with Quentin; he will never stop pushing.

"He is the one who never stops pushing so I must say it was really hard at the end, because I knew that I had to give more than my best to beat him."

Fourcade shot clean today and is still unbeaten this year.

However, it was the last loop of skiing that proved crucial, with all of the top three shooting clean.

Fourcade had a 1.3 second lead with 1,400 metres to go before pulling away - the yellow bib holder simply refused to give up top spot.

In the World Cup sprint standings, Fourcade is on top with 220 points, with compatriot Simon Desthieux on 193, just two ahead of Russian Alexander Loginov.

Fourcade also leads the World Cup total score on 447, with Desthieux on 392 and Filon Maillet on 382.

A huge crowd of around 25,000 was in attendance, with the women’s relay competition tomorrow.