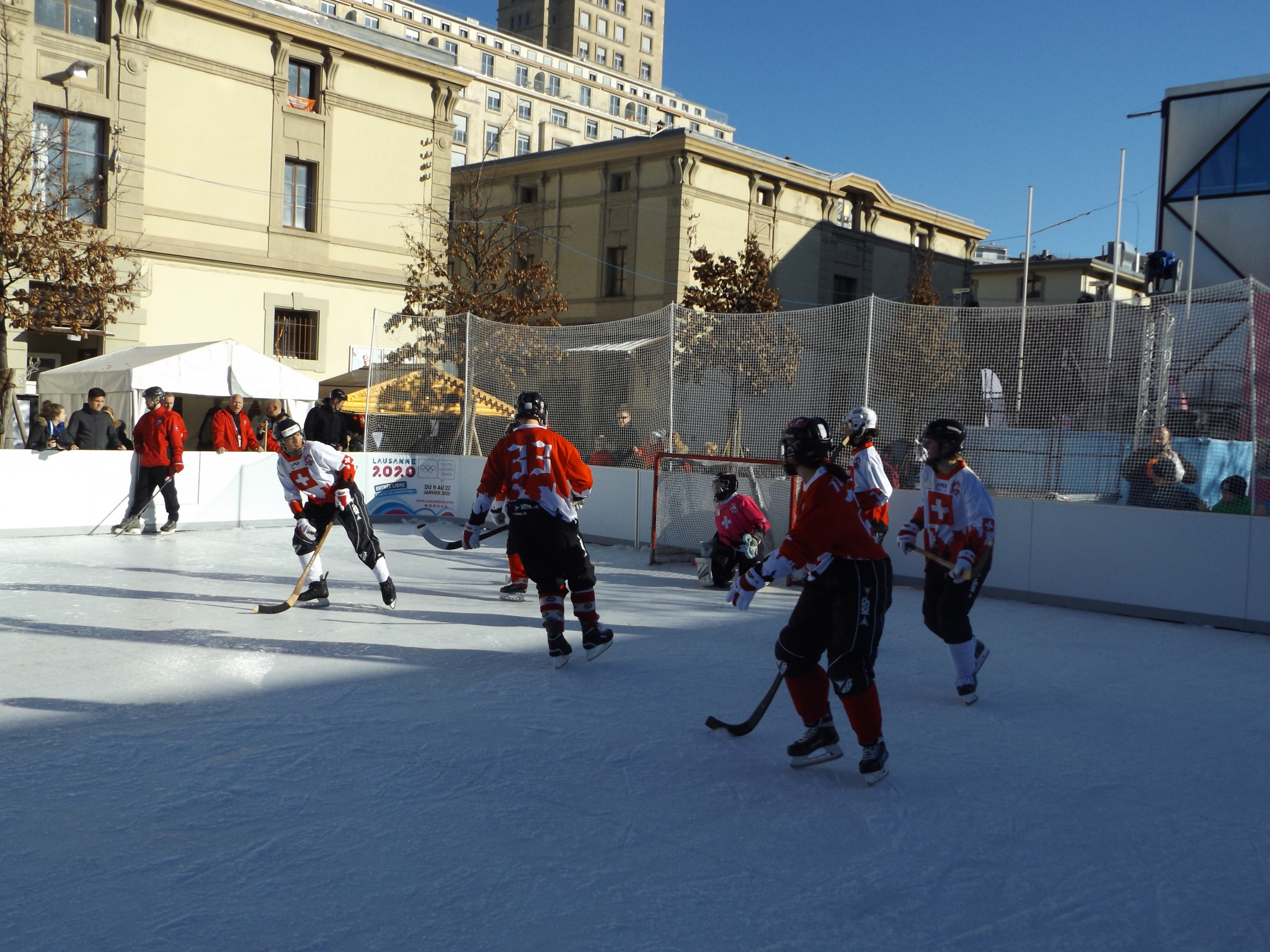 At the very spot where the Lausanne 2020 medals are presented each night, bandy has made its pitch for full Olympic inclusion in Italy at Milan-Cortina 2026.

The spectator viewing area at the medals plaza here at the Winter Youth Olympic Games was transformed into an impromptu playing area for ice sports, and bandy took full advantage of clear blue skies to show its brightest colours.

"This is part of the campaign for the future inclusion of bandy in the Olympic Winter Games programme," Knut Sorensen, of bandy's Olympic taskforce, told insidethegames.

"This is the only option we have, being on the culture programme and a show game and that's what we are using here.

"Even though it's not a heritage sport in Italy, we hope they will listen to our story.

"Italy, like most ball sports nations, has a great opportunity here."

Bandy is usually played between 11-a-side teams with pitches and goals similar in size to football.

For Lausanne 2020, smaller teams drawn from the Swiss women's and men's national squads put on an exhibition.

"The flagship event for bandy is 11-a-side," said Sorensen.

"It is like soccer, you don't change it from 11-a-side that easily.

"Of course if that is the only option, yes, we can discuss three-a-side, because we would not hurt ice hockey.

"We don't have a lot of resources, the sport is run by volunteers but the Olympics is our strategy now and it will be for the foreseeable future."

Bandy officials have been dreaming of an Olympic place for over a century.

They had asked for inclusion at the 1912 Summer Olympics in Stockholm but this was vetoed by Viktor Balck, the International Olympic Committee (IOC) member in Sweden.

Many officials in Scandinavia feared an Olympic winter event might jeopardise the Nordic Games which were held at that time.

It was included at the 1952 Oslo Winter Games but only as a demonstration sport.

"Following the exclusion from the Olympics, bandy lost out but it is still the second largest winter sport measured in number of athletes," claimed Sorensen.

"They say it is the most beautiful team sport in the world because of the flow.

"The problem is the athletes quota we agree on.

"We have offered to have women only for example, to reduce the quota, but that is not possible with the IOC.

"We understand that because of the gender equality policy.

"The athletes quota is essentially the only problem, because bandy will not cost a lot of money.

"It boils down to whether we can make a practical solution.

"You can put an ice surface, mobile or permanent, on a soccer pitch and you have a bandy field.

"It is one of the most affordable sports you can include in the Olympics."