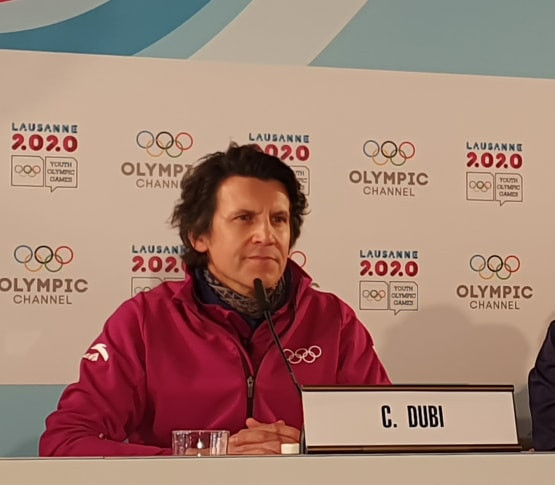 Milan-Cortina d'Ampezzo 2026 can learn from how organisers of the Winter Youth Olympic Games have made a success of the "decentralised" model used here, according to senior International Olympic Committee (IOC) official Christophe Dubi.

Dubi, IOC executive director for the Olympic Games, said Milan-Cortina 2026 had gained knowledge on how the spread of venues can work to the benefit of the Organising Committee.

Events at the third Winter Youth Olympics are taking place across Switzerland - in St Moritz, Leysin and Villars - and at Les Tuffes over the border in France.

The 2026 Winter Olympics and Paralympics in Milan-Cortina will have four main venue clusters, with Bormio and Val di Fiemme staging competitions alongside Milan and Cortina d'Ampezzo.

"They want to see how did they work with this decentralised model, because it is exactly what we will be facing in 2026," Dubi said.

"What we will learn from is how you decentralise, while retaining the control on things like broadcasting, safety, security and the look of the Games, and what are the common elements versus what you can decentralise.

"A lot can be learned from Lausanne because it was extremely well done."

Milan-Cortina 2026 have been taking part in an observer programme here and Dubi claimed its representatives were returning to further analyse some of the successful elements of Lausanne 2020, including the popular "Lausanne en Jeux!" festival.

"They love what is happening at the festival and are wondering how they can organise their own festival for the children of Milan and the host sites, not in 2026, but starting earlier," Dubi said.

"They want to see the medal plaza which is rocking every day."

Dubi claimed Lausanne 2020 had been a "resounding success" so far and said the Games had been comparable with the 2018 Summer Youth Olympics in Buenos Aires.

"We are no longer these Winter Games with previous editions, but with the previous Summer Games in Bunoes Aires, which were on a much larger scale in a city which is more populated than Lausanne," Dubi added.

"When you compare the figures, we are very close on the heels of Buenos Aires.

"The Games are a resounding success, so let's continue at that level."