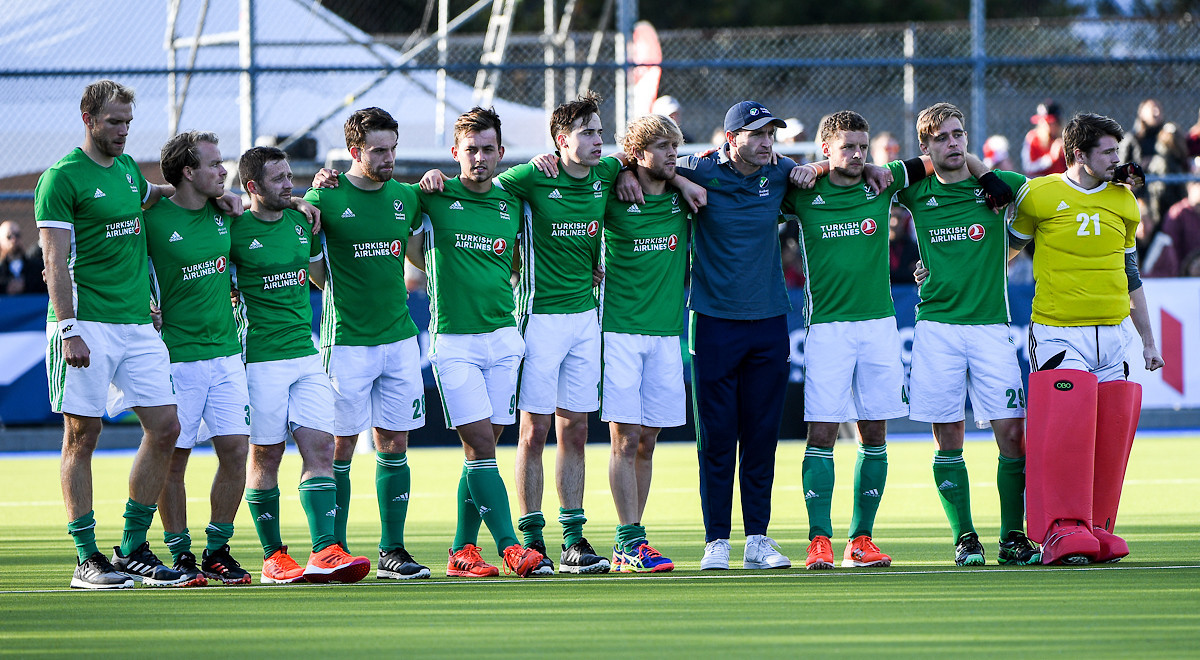 The International Hockey Federation (FIH) has rejected calls from Hockey Ireland for an independent review of the video referral system, following a controversial incident which cost the country a place at the Tokyo 2020 Olympic Games.

In a letter to the FIH, Hockey Ireland said the worldwide governing body should commission an external analysis of the technology, after criticising a decision made by the video umpire in the nation's defeat to Canada in an Olympic qualifier in November.

Canada, trailing 6-5 on aggregate in the final second of the second leg, were awarded a penalty stroke after calling for a video review for obstruction.

The host nation converted from the spot to send the tie into a shootout, which they won 5-4 to book a place at this year's Olympic Games at the expense of Ireland.

Hockey Ireland said the incident should trigger a review "to ensure the development of minimum standards to guarantee the necessary quality and consistency for the effective use of video referral in hockey and mitigating against another federation experiencing a similar situation".

In an interview with insidethegames, FIH chief executive Thierry Weil claimed the technology in hockey is among the best in sport and dismissed calls for an independent review.

Weil also defended the call made by the umpires, claiming there was "no question" that they "had all the angles to make their decision".

"When we talk about video umpires, we have one of the best systems around," Weil told insidethegames.

"When I first came to the FIH, I saw it and thought 'football should have looked at that from a long time ago' and should have learned from other sports, especially hockey, about how it is done.

"You should always develop the technology if you can, but the discussion is there was something wrong in the quality which was given to the umpires and we clearly say there is nothing wrong.

"Our reply was based on them asking us for a position and asking us to make clear steps in showing evidence to them and to the world, which you can never do.

"If you start to do this, where do you end?

"Every Monday you will have to send videos and replays and reply to different things from different people.

"There is a never-ending story and, as long as human beings are involved in umpiring, there will be some mistakes and that needs to be accepted.

"That doesn’t mean I am saying now it was a mistake."

Irish players and officials slammed the call made by the video umpire on social media, while a war of words has since developed between the two organisations after the FIH criticised the response from the country.

"The level of disquiet and upset among the Irish and some of the wider hockey communities around the world, on social media in particular, has gone well beyond disappointment," the FIH said, according to the BBC.

"It has been particularly disappointing to read of some of the comments made by the players about the result."

Hockey Ireland has since hit back, insisting it has "made it clear that it respects the decision of the umpires and has never sought to challenge this".

"The organisation, its players and management have at all times conducted themselves in a measured way in response to this issue," the body added.

"Hockey Ireland does not condone any negative reaction directed at the umpires, nor can it be held in any way responsible for the reaction of the global public on social media platforms."