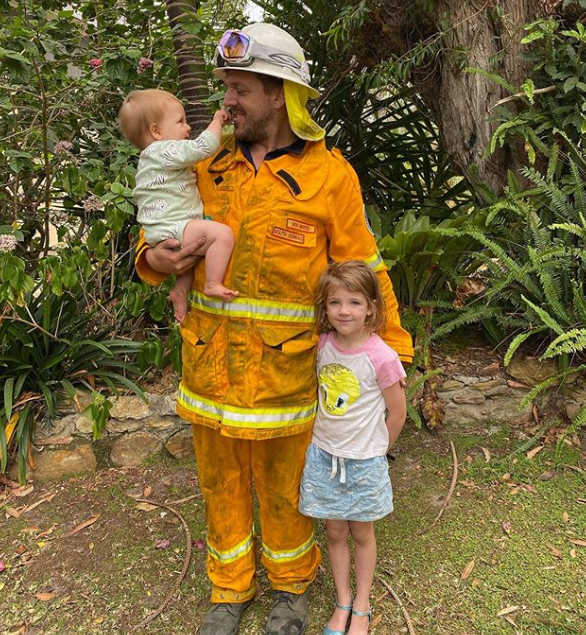 The Australian Olympic Committee (AOC) has described the response of athletes to the country's bushfire crisis as "inspiring".

A number of stars have pledged money and support after blazes destroyed thousands of homes and left 25 people dead.

"Although the fires continue to burn, seeing the Australian community come together to support those affected by the fires has been inspiring, with many Aussie athletes pledging to do whatever they can to help," the AOC said.

Double Winter Olympic snowboarder Ben Mates, who competed in the halfpipe competition at Turin 2006 and Vancouver 2010, has been on the front line as a firefighter.

He has risked his life despite only undergoing ACL surgery 14 weeks ago.

Olympic swimming siblings Emma and David McKeon were forced to flee their home in Lake Conjola as fires overran the town.

Emma, winner of an Olympic gold medal in the women's 4x100 metres freestyle relay at Rio 2016, called for donations and said: "It is so hard to truly understand the level of devastation and suffering happening right now across the country."

At the ongoing ATP Cup tennis tournament in Australia, being held in Sydney, Brisbane and Perth, players including Nick Kyrgios have pledged money for every ace they serve.

Football Federation Australia has dedicated two rounds of the A-League and W-League seasons to raising funds for the cause and Australia's rugby sevens sides have pledged $AUD500 (£260/$340/€310) for every try scored at the Sydney 7s in February.

Among other fundraisers are triple Olympic equestrian gold medallist Andrew Hoy, who has appeared at six Games.

He has donated the official Olympic blanket used by horse Rutherglen at London 2012 for auction, alongside a signed photo and personal note.

"While the entirety of Australia feels the same despair, the bravery and generosity that has come out of these bushfires has been a true reflection of Aussie spirit, mateship and resilience," the AOC said.

More than 6.3 million hectares has burned so far, with high temperatures and drought causing the fires.

The fires have been particularly intense in the east and south, where a large number of people live.