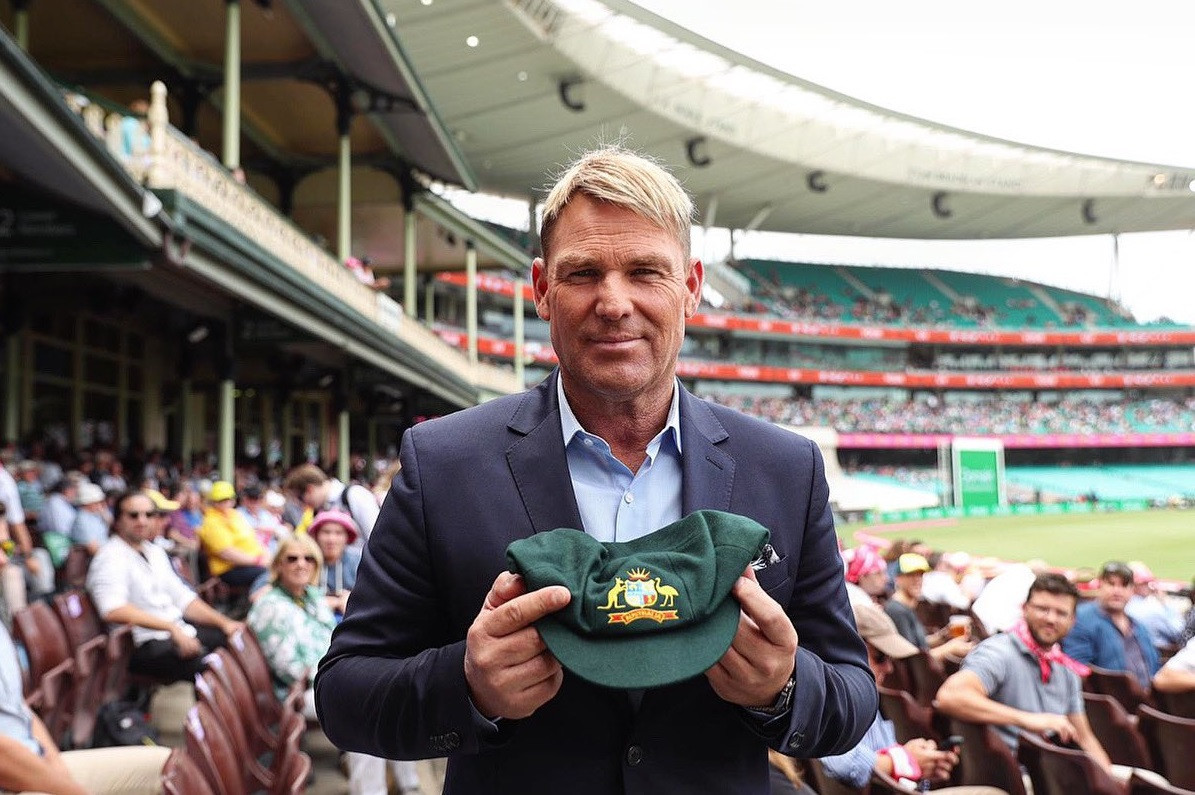 Huge bids have been made for the famous baggy green cap worn by Australian cricket legend Shane Warne, who is auctioning it to raise money for the country's bushfire crisis.

The spin bowler is one of the sport's most iconic names and is the second-highest all-time Test wicket taker with 708 scalps.

It is a prize item as Australian Test players traditionally wear the same baggy green throughout their entire international careers.

"The horrific bushfires in Australia have left us all in disbelief," Warne said.

"The impact these devastating fires are having on so many people is unthinkable and has touched us all.

"Everyone is in this together and we continue to find ways to contribute and help on a daily basis.

"This has led me to auction my beloved baggy green cap that I wore throughout my Test career.

"I hope my baggy green can raise some significant funds to help all those people that are in desperate need."

High temperatures and drought have caused the bushfire crisis in Australia, with huge areas of the country ablaze.

More than 6.3 million hectares has burned so far, with 25 people losing their lives.

Thousands of homes have been destroyed and the crisis has led to the death of half-a-billion animals.

The fires have been particularly intense in the east and south, where a large number of people live.

Warne has received many plaudits for his auction, which can be found here and ends on Friday (January 10).