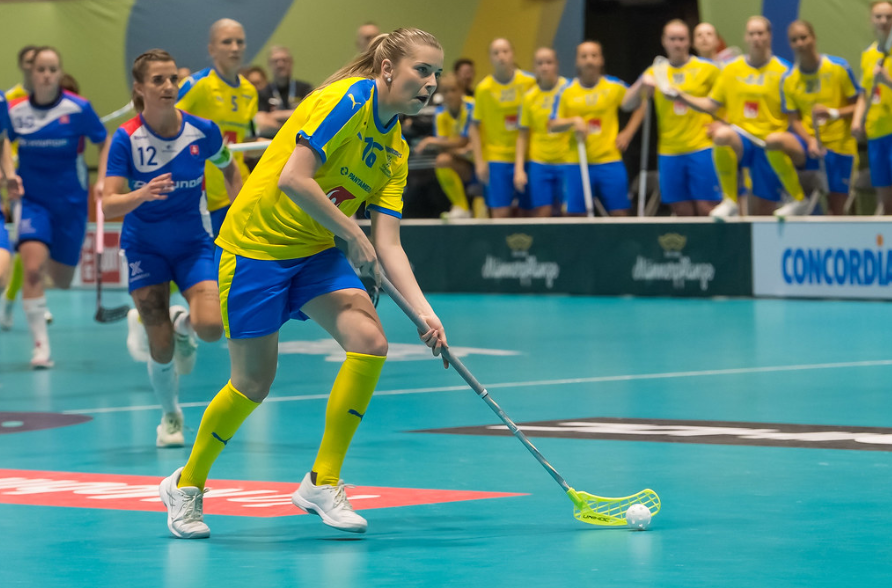 Top seeds Sweden got off to the perfect start at the 12th edition of the International Floorball Federation (IFF) Women's World Floorball Championships in Neuchatel, Switzerland, hammering Slovakia 23-1 in Group B.

The Swedes are hot favourites for the biennial competition, seeking their seventh consecutive title at Halle de La Riveraine.

The first game of the day saw Finland taking on Poland in Group A, with the Finns desperate to break their perennial role as bridesmaids.

Defeats in the last four finals to Sweden (including shoot-out losses in 2015 and 2017) will be the greatest of incentives, and they weren’t in the mood to let Poland pull off a major surprise, cruising home 14-3.

The other Group A match pitched hosts Switzerland against Germany – with the Swiss side having won the competition back in 2005.

Germany have never made the last four of this event, and it was no shock to see them struggle against a combative Switzerland side, who ran out 12-1 winners.

In Group C there were two matches, with Denmark shutting out Japan 5-0.

Estonia against Norway was more competitive, with the Norwegians having made five previous semi-finals, but never a final.

They were made to work hard by Estonia, but came through 7-4 victors.

Group D also got underway with a thriller of a final game.

Australia were in control at 4-2, but the United States refused to buckle and pulled the scores level at 4-4.

However, the Aussies dug deep to edge a memorable win 5-4.