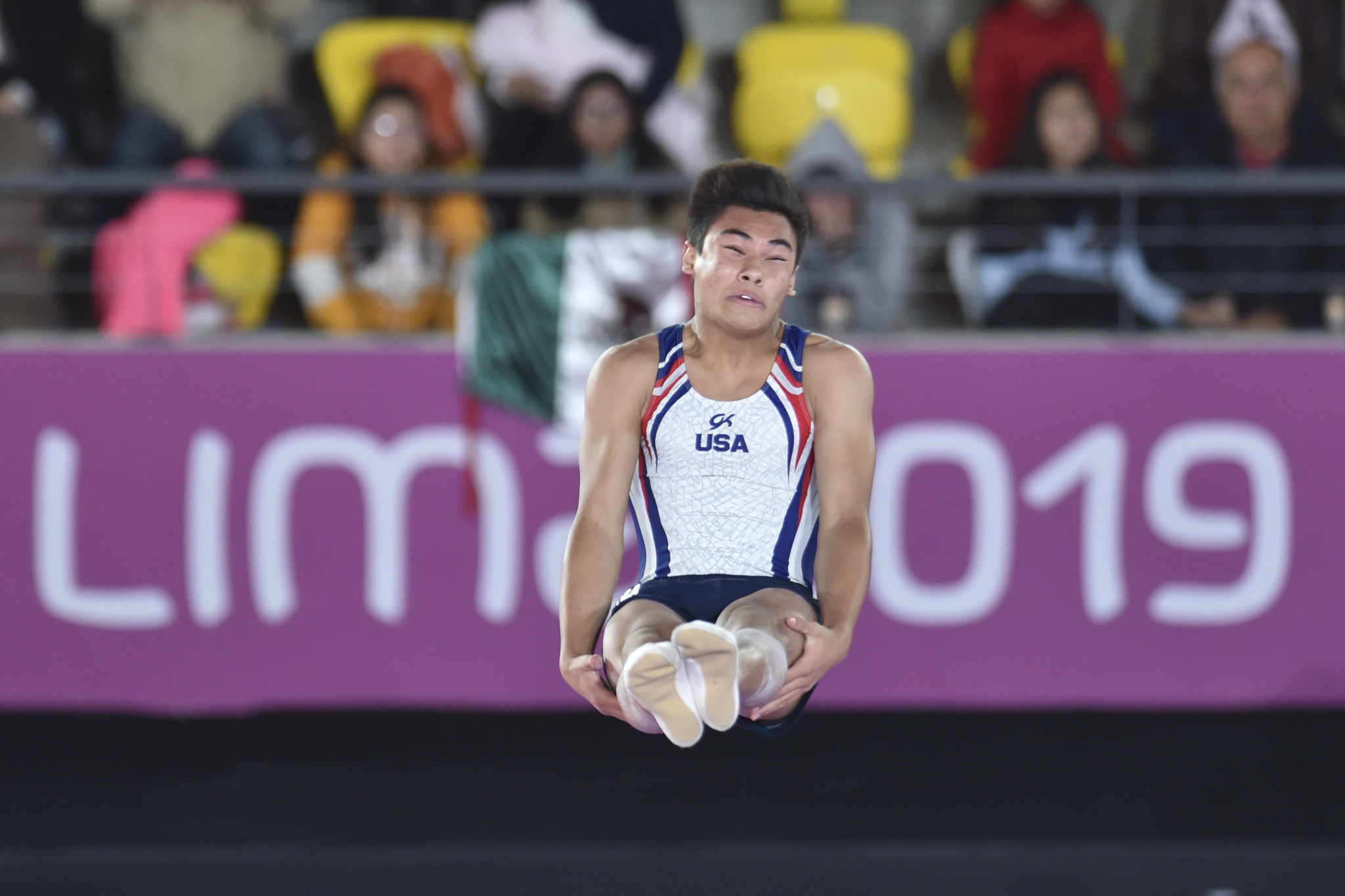 The 18-year-old performed two passes he had only attempted once before in competition, at last month's World Cup stop in Spanish city Valladolid, as action began at the Japanese capital's Ariake Gymnastics Centre.

At last year's World Championships in Saint Petersburg, Padilla admitted he felt Zalomin was "unbeatable", despite taking home the silver medal behind the four-time champion.

But he is confident he has more in the locker for when the pair go head-to-head in the final on Saturday (November 30).

"I don't know how to describe it.

"I didn't know I would be able to do it ever really.

"I remember watching him (Zalomin) way back when I first started competing at WAGCs (World Age Group Competitions) and just watching his videos and being amazed by what he can do and how he performs.

"This time around, I do feel like, as I just showed, that I am definitely getting closer, but we'll see.

"I am really happy right now, happy to just get closer."

Check out the best pictures from a ?thrilling? first day at the 2019 Trampoline World Championships in Tokyo??. The world's best gymnasts flipped, twisted and tumbled their way towards finals, delighting the crowd in the gleaming Ariake Gymnastics Centre?. #GTR2019Tokyo pic.twitter.com/Pz0gVpkOLv

In the equivalent women's event, Sweden's Lina Sjoeberg was the top qualifier for the final on Sunday (December 1) with 70.000 points.

Double Olympic gold medallist Rosie MacLennan of Canada finished 10th in women's individual trampoline qualification, but it was enough to secure her safe passage to the semi-finals on Saturday.

The 31-year-old defending champion will, however, have to get past a formidable trio of Chinese gymnasts led by 2014 world champion Liu Lingling.

Liu, who also won the synchronised global crown five years ago, proved the strongest on day one with 106.460 points.

Gao, the defending champion, was followed in the rankings by fellow Chinese Dong Dong, a three-time Olympic medallist, with 114.010.

The World Championships are doubling as trampoline gymnastics' official test event for next year's Olympic Games in Tokyo.