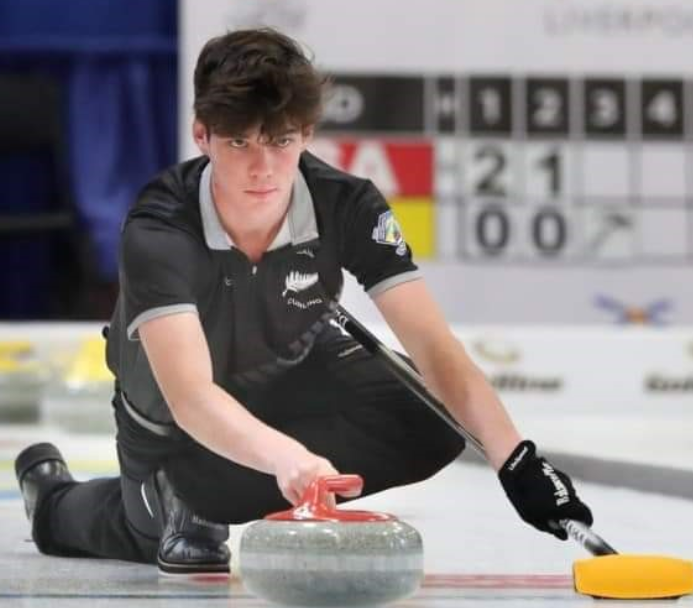 Four curlers have been selected for New Zealand for the Lausanne 2020 Winter Youth Olympic Games.

Hunter Walker, Will Becker, Lucy Neilson and Zoe Harman are the lucky athletes heading the Games in Switzerland and neighbouring France from January 9 to 22.

Walker is team captain and relishes the challenges the sport offers.

"It's very physical so you've got to be really fit to play which is part of the fun.

"My family has a strong curling history - my great-grandfather and grandmother both played for New Zealand and my brother Hamish has played for the NZ men's junior team and the NZ men," Walker said.

Becker also has strong historical connections within the sport.

"My family's been curling for three or four generations now so I was pushed into the sport by my family but I really enjoy it."

Central Otago has begun a production line for curling in New Zealand, with all of the athletes hailing from the Maniototo area.

"Central Otago is very much the heart of curling in New Zealand and we have a strong curling history in Maniototo," Ede said.

"The kids get in right behind it - they see their peers doing well and the opportunities the sport has to offer.

"We're really pleased with these selections, it’s a real opportunity for the athletes to compete on the world stage and learn lots."

The team of four will initially compete at the Games as the New Zealand team, before being paired with an athlete of the opposite sex from another nation for the mixed doubles.

"Well done to these athletes for all the work you've put in to make it to this point, we look forward to watching you compete in Europe in January."

A total of around 20 New Zealand athletes are set to compete at Lausanne 2020.