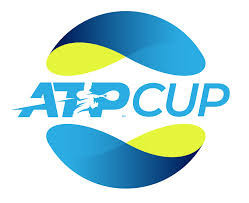 The 24-country line-up for January's ATP Cup has been finalised after six nations completed the field for the inaugural team tennis event.

Bulgaria, Chile, Poland, Uruguay, Moldova and Norway have all qualified for the competition which will take place in Australia.

Organised by the Association of Tennis Professionals, the ATP Cup has attracted a high-quality field of men's players with 26 of the top 30 in the rankings committed to appear.

Swiss icon Roger Federer, the world number three and a 20-time Grand Slam champion, will not be involved, however, after pulling out due to family reasons last week.

It means Switzerland have been removed from the tournament with Bulgaria replacing them.

All six of the final confirmed countries booked their place through the ATP Cup standings.

Action will take place in Sydney, Brisbane and Perth from January 3 to 12 and begin with a group phase.

Each tie will comprise of two singles and one doubles match with six group winners and two runners-up reaching the quarter-finals.

Serbia, France, South Africa and Chile are in Group A with Spain, Japan, Georgia and Uruguay in Group B.

Austria, Croatia, Argentina and Poland are the Group E sides while hosts Australia will be in Group F with Germany, Greece and Canada.

The ATP Cup is replacing the mixed gender Hopman Cup as the season-opener in Australia.

It can be seen as a direct rival to the International Tennis Federation's new Davis Cup format.

For the first time this year, 18 countries will take part in a single tournament in Madrid, beginning on Monday (November 18) and lasting for a week.

This is replacing the old system of knock-out ties across the world over several months, leading up to the Davis Cup Final between two countries.