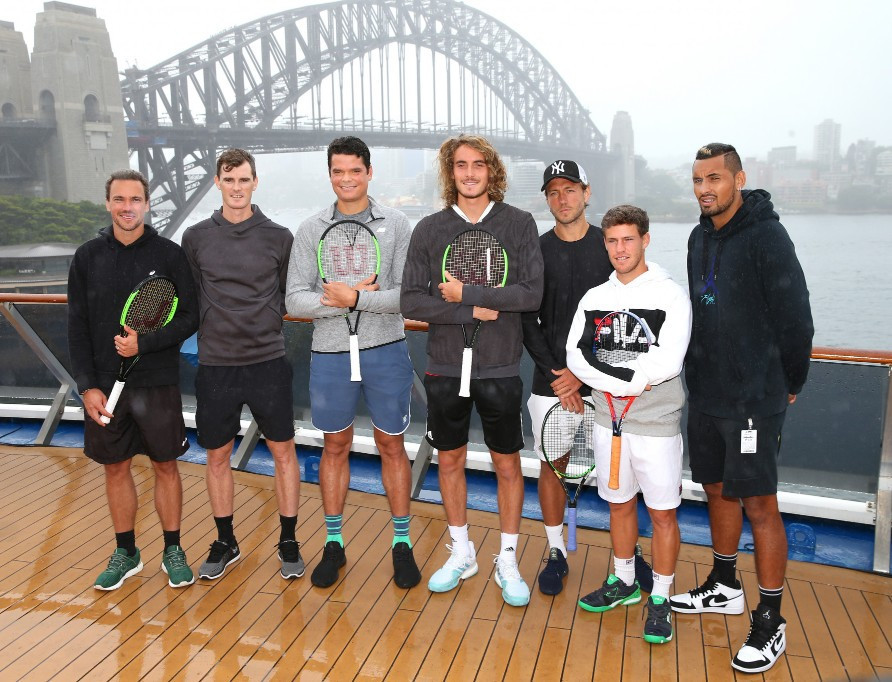 Sydney and Brisbane have been confirmed as hosts of the new Association of Tennis Professionals (ATP) Cup in 2020 with a third city still to be announced.

The ATP Cup, a team competition, was unveiled in November and will start the men's tennis season from 2020.

Twenty-four countries will participate, with up to five players making up each team.

It will take place over 10 days in the lead up to the Australian Open in January in three Australian cities.

Sydney and Brisbane have now been confirmed as host cities until at least 2022, with a third city expected to be announced soon.

Sydney will host the event at the Sydney Olympic Park Tennis Centre, which will soon undergo a AUD$50.5million (£28 million/$36 million/€31 million) upgrade.

"We want to build on the great tennis we have in Australia," Tiley said.

"We have seen fans both here and overseas embrace the offerings.

"Our events have been brilliantly supported by players, broadcasters, commercial partners and Governments alike.

"The timing is right for expansion.

"A major step toward achieving that vision is to deliver world-class tennis to cities across Australia which is what the ATP Cup will do.

"It is the next piece in a vision that will ultimately grow tennis and provide inspiration for future generations."

The new tournament will be the first ATP team competition since Dusseldorf's ATP World Team Cup which ended in 2012.

The event can be seen as a direct-rival to the International Tennis Federation's new World Cup of Tennis, which has come after they agreed to radically reform the Davis Cup.

"For a chance to play with the boys I grew up with, like Thanasai [Kokkinakis], Jordan [Thompson] is something I'm really looking forward to.

"And now to see Alex [de Minaur] do so well, it's going to be an awesome event.

"I know everyone on the Tour wants to be with their team-mates.

"There's nothing better than playing for your country against the other best players in the world."