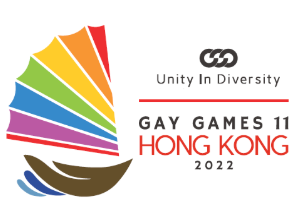 The International Federation of Gay Games is committed to hosting the 2022 edition in Hong Kong, despite ongoing civil unrest.

The commitment to staging the event in Hong Kong was given at the GFF General Assembly, held in the Mexican city Guadalajara.

A joint statement from the FGG and the Hong Kong organisers said they recognised that troubles in Hong Kong continue, but asserted the Games would be a "spectacular sports and cultural event that will kickstart and foster LGBTQ+ connections among our communities in the city and region".

"Hong Kong is an opportunity to make a positive political statement by doing something that is fun and non-threatening and which can change people's perspectives of what it means to be LGBTQ+," said Gene Dermody, a participant in all 10 previous Gay Games.

"We believe in the power of unity that comes from diversity.

"Our tagline for Gay Games 11, Unity in Diversity, is an extremely relevant message, not just for the Gay Games, but for Hong Kong at this difficult time."

Anti-Government protests began in June against proposals to allow extradition to mainland China.

While the bill was eventually withdrawn, protests have continued and become increasingly violent with protesters clashing with police.

The Hong Kong Squash Open was postponed last month due to security concerns, while a Beijing 2022 ice hockey qualification event was moved to China.

The FGG said they had received two presentations from organisers at the General Assembly, with one outlining the current situation in Hong Kong.

The second focused on planning for the Games, which will be the largest LGBTQ+ sports and cultural event ever held in Asia.

Around 12,000 participants, 36 sports and over 20 cultural events will take place over nine days in November 2022.

E-Sports and dodgeball will feature on the programme for the first time.

Half marathon and marathon events are also included, along with five and 10 kilometre road races, triathlon, trial running and track and field events.