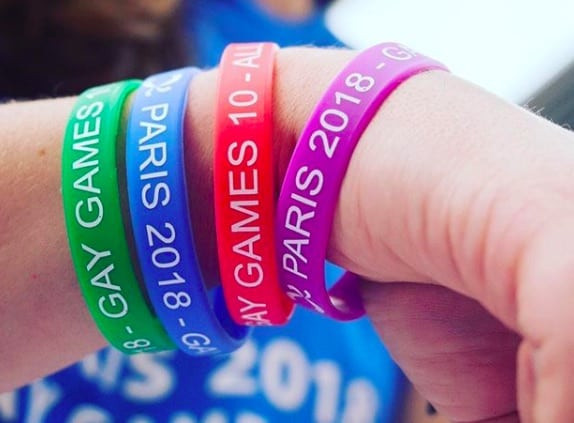 Squash governing bodies have supported the inclusion of the sport at the Gay Games, with this year's edition in Paris marking the eighth time it has been included on the programme.

The World Squash Federation (WSF), the Professional Squash Association (PSA) and the French Squash Federation have all endorsed the sport's participation in the event which promotes acceptance of sexual diversity, featuring lesbian, gay, bisexual, and transgender (LGBT) athletes and artists.

Squash events at the Gay Games are taking place at the Charléty Stadium and are due to conclude today.

The event is open to all, regardless of skill level, and is welcoming 104 participants, women and men, representing 20 different nationalities.

The participants are also a mixture of ages with competitors ranging from those in their 20s to some in their 60s.

WSF President Jacques Fontaine said: "We are very proud of squash being an integral part of this dynamic and celebratory multi-sport event taking place across the city of Paris.

"The Gay Games are an excellent demonstration of the important role that sport can play in society, by bringing people together and promoting diversity and mutual respect.

"As we are vying to be included in the Olympic programme, we are eager to demonstrate how squash can also contribute to promoting Paris 2024 Olympic Games' vision in terms of diversity and inclusiveness."

Alex Gough, chief executive of the PSA, also welcomed the inclusion of squash in the Gay Games as an opportunity to increase participation in the sport.

"The PSA welcomes squash's participation at the Paris 2018 Gay Games as further proof of how vibrant and inclusive our sport is internationally," he said.

"At PSA we actively support players who identify themselves as LGBT and we hope that this event will inspire more people to try our sport."

The Gay Games promotes diversity and tolerance and has adopted the values of participation, inclusion and personal best.

The event has been taking place all over Paris, host city for the 2024 Olympic and Paralympic Games.

Participants from 91 different countries are being represented, including 20 where homosexuality is illegal such as Egypt, Nigeria and Saudi Arabia.

China will also be represented for the first time this year prior to the 2022 Gay Games, due to be held in Hong Kong.

Hong Kong will be the first Asian city to stage the multi-sport event.