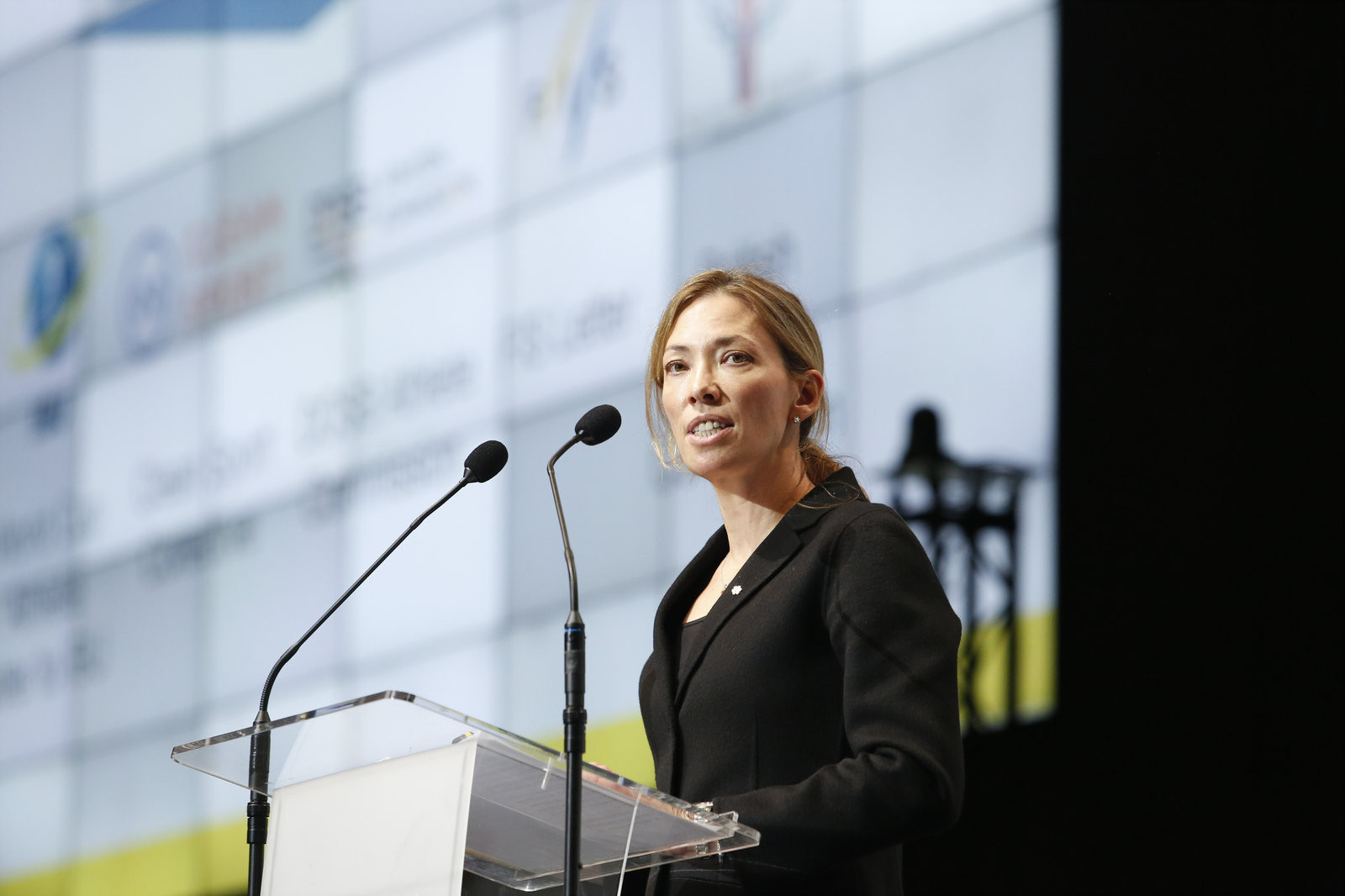 Beckie Scott formally stepped down as chair of the World Anti-Doping Agency (WADA) Athlete Committee today, with a warning that the needs of athletes need to be placed above those of anyone else.

The five-year tenure of the Canadian will be remembered mostly for allegations that she was the victim of a bullying campaign by representatives from the Olympic Movement, after she opposed the controversial reinstatement of Russia at a WADA Foundation Board meeting in the Seychelles last September.

The claims were dismissed following an investigation, but the scars are clearly still raw for Scott, who appeared close to breaking down during her final speech at the WADA Foundation Board meeting here today.

"My hope and my wish for you as a governing body as you move on to new leadership and go forward is that decisions will be taken with integrity, transparency and accountability as a priority," she said.

"My hope is that, going forward, voices that challenge or dissent will be heard and taken into consideration, rather than undermined and dismissed... and balance and independence will be restored to these tables so that all can trust the priorities here are aligned with equality of opportunity and fairness, rather than the business of sport.

"You - as the decision-making body of WADA - have a mission and a mandate and a set of values to protect and uphold… and …I will remind you one final time - you have thousands upon thousands of athletes counting on you to do right by them.

"Not by any other stakeholder - but by them."

In my last WADA Foundation Board meeting I dedicated my speech to @BeckieScott4 and @edwinmoses for their outstanding and courageous fight for their fellow clean athletes. You’ve both been true champions of clean sport #cleansport pic.twitter.com/BuXBXD2h3t

Linda Helleland, the WADA vice-president, another fierce critic of the decision to lift the suspension of the Russian Anti-Doping Agency before they had fulfilled all criteria set out in the original WADA roadmap, led the tributes which, perhaps tellingly, came mostly from the public authorities.

"You have always supported the athletes' voice.

"I would like to apologise for the way this organisation has treated you.

"Your actions have empowered millions of athletes to speak up with courage.

"I am proud to call Beckie Scott a true friend."

It was revealed during the Foundation Board meeting that the independent inquiry carried out by the international law firm Covington and Burling LLP into the claims of bullying by Scott and Edwin Moses, the two-time Olympic 400 metres hurdles champion and head of the WADA Education Committee, had cost the organisation $1.4 million (£1.1 million/€1.3 million), with another $270,000 ($210,000/€245,000) spent by the International Olympic Committee.

"I regret that money had to be used for that purpose rather than for anti-doping," WADA President Sir Craig Reedie said.

Scott, though, leaves with the support of many athletes around the world for her determination to stand up to Russia when the International Olympic Committee (IOC) were clearly opposed to banning them following allegations of state-sponsored doping.

"The WADA Athlete Committee was the first group in 2015 to call for an expansion of the investigation into Russian Athletics to other sports, and we have remained active advocates for the rights of athletes - your number one stakeholder - in anti-doping for years," Scott said.

"We have hosted forums and symposiums, participated in outreach activities, driven and contributed to a myriad of project, joined other committees and groups within the organisation, and issued statements - all with the intention of strengthening and expanding the role and the place of athletes within the movement and the organisation - because we believed that constituents who are directly affected and impacted by an organization, should have a voice within it.

"It is my hope that going forward work such as this will be welcomed and viewed as valuable - because - it is.

"When I came to this position, it was with the best of intentions and a genuine desire to contribute to a cause I believed in.

"To be able to speak on behalf of those who deserve to be heard: and to do my part for fairness and integrity in sport.

"And in spite of all the challenges this presented, I stayed and continued to come back to this table - because I still believed it was a cause worth fighting for."

Scott, winner of an Olympic gold medal in cross-country skiing at Salt Lake City 2002, is set to be replaced as head of the WADA Athlete Committee by New Zealand skeleton rider Ben Sandford.

"He was the overwhelming choice of the athletes and I have no doubt will be an outstanding leader of the Committee," she said.