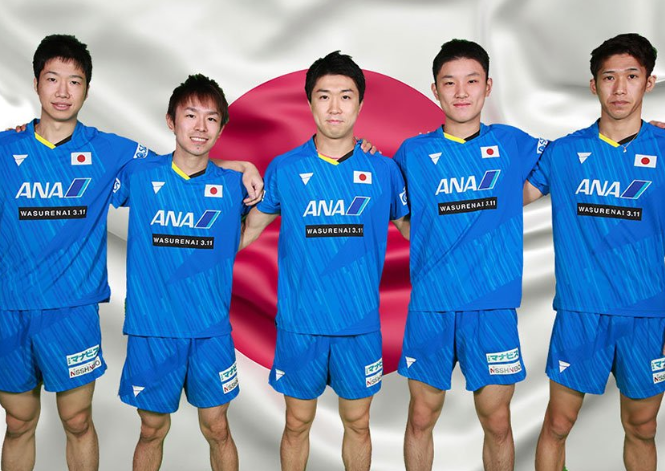 It was a drama-packed day two at the International Table Tennis Federation (ITTF) Team World Cup in Tokyo, with hosts Japan making the semi-finals of the men's competition.

England had inflicted a shock defeat on Japan yesterday, but a victory over Austria saw them through to a quarter-final clash with Germany.

The Europeans were in exceptional form, having enjoyed comfortable 3-0 Group C victories over Australia and Brazil.

But Japan were in a determined mood at the test event for next year's Olympic and Paralympic Games.

In the first doubles match, Koki Niwa and Maharu Yoshimura got the perfect start, taking the opening game 11-7.

However, that merely served to inspire the German pairing of Patrick Franziska and Timo Boll, who came back to storm the next three games, 11-2, 11-5, 11-5.

Already 1-0 down, there was huge pressure on Tomokazu Harimoto in the opening singles match against Dimitrij Ovtcharov.

Locked at one game all, Harimoto pulled through in the third, 11-8, before dominating the final game 11-2.

The crucial third match saw Yoshimura play Boll, and while it was certainly competitive, the Japanese delivered a solid 11-7, 11-9, 13-11 victory.

Japan now face China in Saturday's (November 9) semi-final, who were way too good for the United States, winning 3-0 without dropping a game.

The other quarter-finals tomorrow see Chinese Taipei face England and Republic of Korea against Brazil.

In the women's event, the picture for the quarter-finals is now clear.

Defending champions China will face the United States, who defeated Austria in their final Group B match 3-1.

Quarter-final two is a mouth-watering encounter between China and Chinese Taipei.

Republic of Korea face Ukraine, and Romania against Japan completes the quarter-final line-up, with all matches tomorrow.