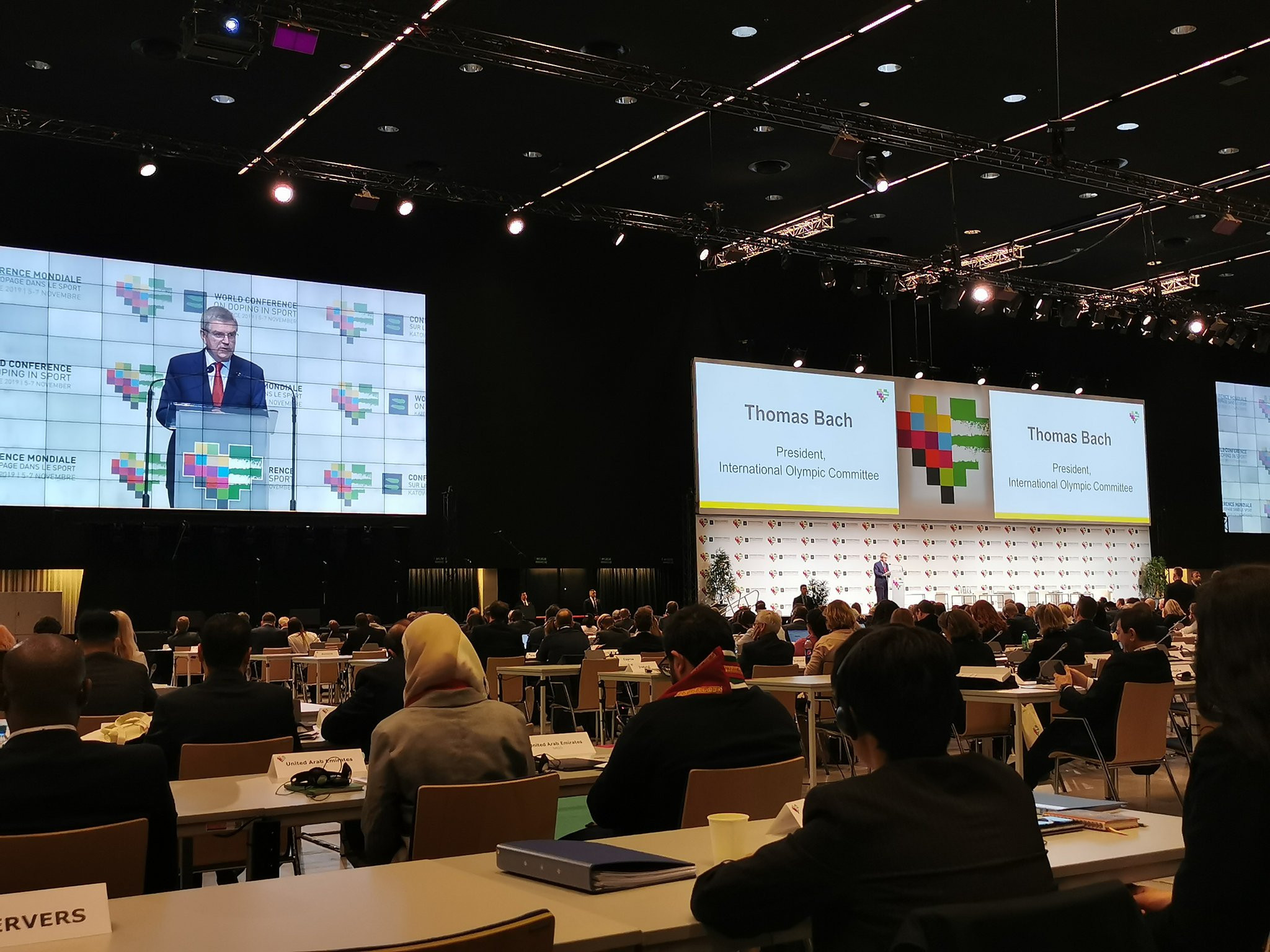 Funding worth up to $5 million (£4 million/€4.5 million) is to be provided by the International Olympic Committee (IOC) to International Federations and National Anti-Doping Organisations (NADOs) to encourage them to store drug samples for up to 10 years.

IOC President Thomas Bach made the offer as part of a new $10 million (£7.5 million/€9 million) funding package, with the additional promise of $2.5 million (£2 million/€2.3 million) into research and another $2.5 million into strengthening the World Anti-Doping Agency's Intelligence and Investigative Unit.

Bach urged International Federations and NADOs attending the fifth World Conference on Doping in Sport here to follow the IOC example by storing samples for up to a decade after they are taken, so they can be re-analysed when new detection methods are developed.

Following its meeting in Lausanne last month, the IOC Executive Board announced that they planned to establish a long-term sample storage scheme for pre-Games testing programmes.

Bach has now acted upon that decision with this promise of funding.

"The IOC is initiating a global long-term storage and re-analysis programme, also for samples collected during the pre-Games testing period," he told delegates.

"This means that these samples should be stored for up to 10 years, as the IOC already does for the samples taken during the Olympic Games.

"We encourage the IFs and NADOs to take the necessary measures regarding these pre-Games samples because they are under their authority.

"This would greatly add to the deterrence factor in particular when combined with the new testing methods mentioned earlier.

"To make this step possible, the IOC is ready to finance the necessary storage facilities for the IFs and NADOs for the tens of thousands of samples collected during the pre-Games testing period."

At Beijing 2008, out of the 4,500 samples collected from participating athletes at the Games, including pre-competition testing, six athletes with positive specimens were disqualified.

Re-analysis, however, has led to the disqualification of a further 69 athletes, including nine gold medallists.

It is a similar situation at London 2012, where 11 athletes have been stripped of gold medals following re-analysis of their samples.

Funding for new research will be released if the world's Governments commit to matching the funding of $2.5 million offered by the IOC.

"We can build on the success of the last research programme, to bring some of these projects to full fruition," Bach said.

"For this purpose, the IOC commits another $2.5 million.

"If the Governments would like to match this amount, we would be pleased to transfer these $2.5 million from the budget of the IOC Medical and Scientific Commission to the WADA research budget.

"With regards to strengthening the investigative powers of the WADA Intelligence and Investigative Unit, we invite the Governments to a discussion on how we can do so.

"For such a joint programme, the IOC would then commit another $2.5 million for the next Olympiad."