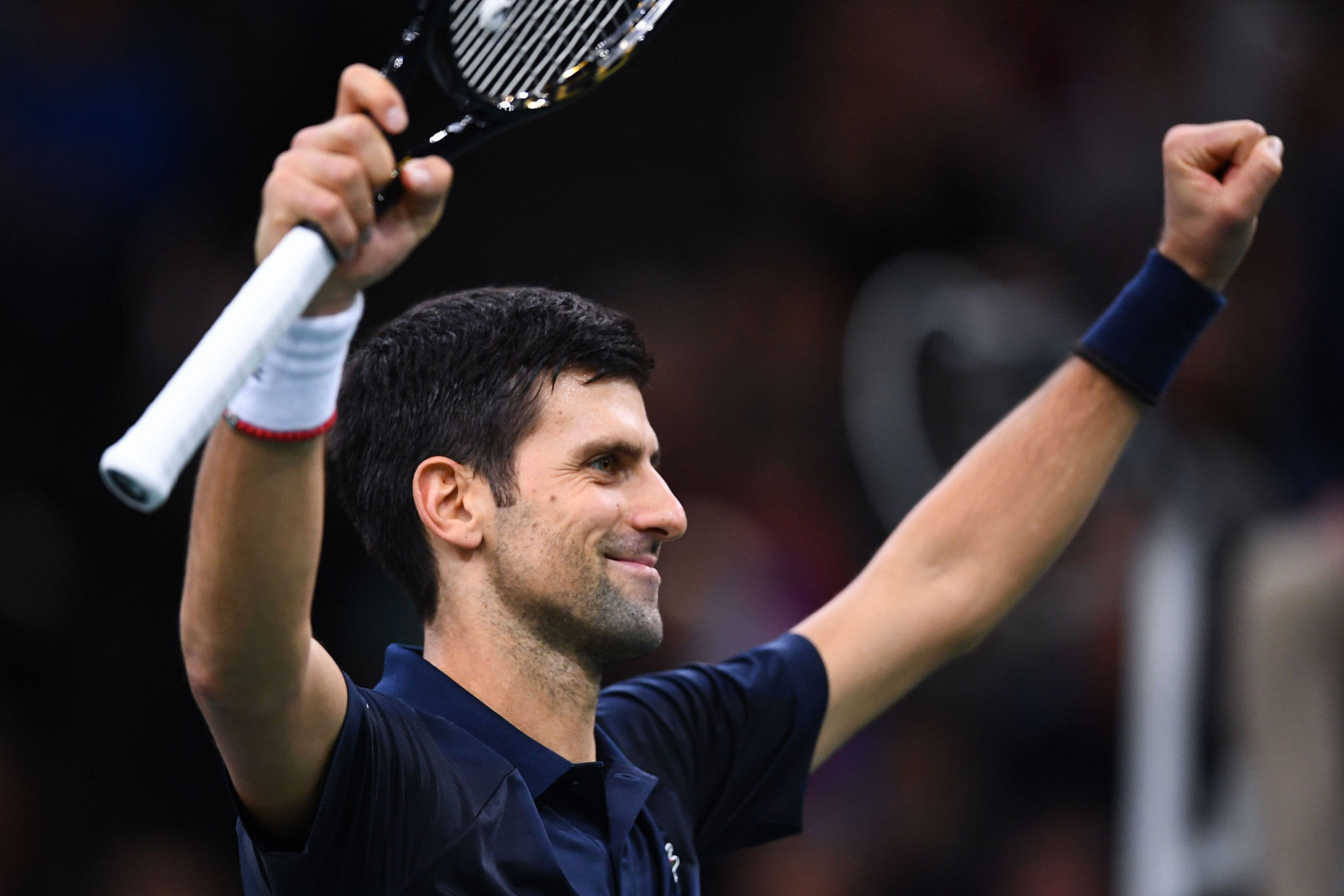 The Serbian claimed a 6-3, 6-4 win over his 20-year-old opponent at the AccorHotels Arena, meaning he will head to the upcoming ATP Finals in London in striking distance in the battle for the year-end world number one ranking.

Djokovic added 1,000 ATP Race To London points to his tally and, with a total of 8,945 points, is only 640 away from Spain's Rafael Nadal, who will become world number one tomorrow for the first time in a year.

Nadal withdrew from his semi-final against Shapovalov yesterday due to an abdominal injury, but claimed he plans to do everything to be ready to compete at the ATP Finals, due to take place from November 10 to 17.

Djokovic has climbed to within one of Nadal's all-time leading tally of 35 ATP Masters 1000 titles and has also tied American John McEnroe on the all-time titles list with his 77th Tour-level crown.

Novak No. 5 ?????@DjokerNole doesn't drop a set en route to capturing an unprecedented FIFTH ? in Paris 6-3, 6-4 over Shapovalov.#RolexParisMasters pic.twitter.com/DA4wnp70He

The 32-year-old was untouchable on serve today and took advantage of a nervy start from Shapovalov, who was broken twice, to claim a record-extending fifth title in the French capital.

He also remains unbeaten against the Canadian after four meetings.

Shapovalov, with new coach Mikhail Youzhny, has been in the form of his life of late, winning his first ATP Tour title at the Stockholm Open last month and making his first ATP Masters 1000 final in Paris.

But the left-hander could not hold off Djokovic, who was in control throughout the final.

"You already have a great career but I am sure that the best things are yet to come for you," Djokovic said of Shapovalov.