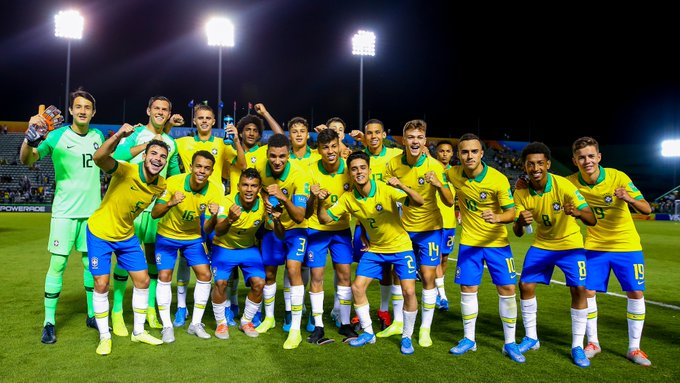 Hosts Brazil made a bright start to the men's FIFA Under-17 World Cup by easing to a 4-1 opening day win over Canada.

A crowd of nearly 12,000 spectators watched as Brazil scored twice in the first half of their Group A match at the Estádio Bezerrão in Brasília.

Brazil’s Peglow took the starring role in the tie, the playmaker finding the net after 17 minutes of the contest.

Canada appeared to have reached half-time without further damage but disaster struck in added time when Kobe Franklin diverted the ball into his own net.

The second half began as the first ended, with Peglow scoring one minute after the match resumed to effectively seal Brazil’s victory.

His team-mate Veron added further gloss to the scoreline by scoring a fourth goal in the 56th minute, before Canada celebrated a consolation effort from Jacen Russell-Rowe with four minutes left of the match.

Brazil were joined at the top of Group A by Angola, who marked their debut appearance at the youth competition with a 2-1 victory over New Zealand.

🇪🇨 Ecuador jump ahead early & survive a late scare from the Joeys

Winger Zini gave Angola an ideal start by scoring six minutes in before the Oceanian champions responded after half-time.

Angola retook the lead on the hour mark after Harry Bark's own goal ultimately giving the African side a 2-1 win.

Record five-time winners Nigeria finished with a flourish against Hungary to begin Group B with a 4-2 victory.

A third minute strike from Hungary’s György Komáromi was cancelled out when Nigeria’s Samson Tijani scored a penalty.

Hungary re-established their lead when Sámuel Major found the net in the 28th minute and remained ahead until the closing stages of the contest.

The Europeans suffered a disastrous three minute spell when Usman Ibrahim and Oluwatimilehin Adeniyi scored to put Nigeria ahead for the first time.

A strike from Erick Plúas and an own goal by Anton Mlinaric gave Ecuador a 2-0 lead after 10 minutes against Australia in the second Group B match.

Australia pulled a goal back through Noah Botic in the final minute of the match, but it proved too late to achieve a comeback.