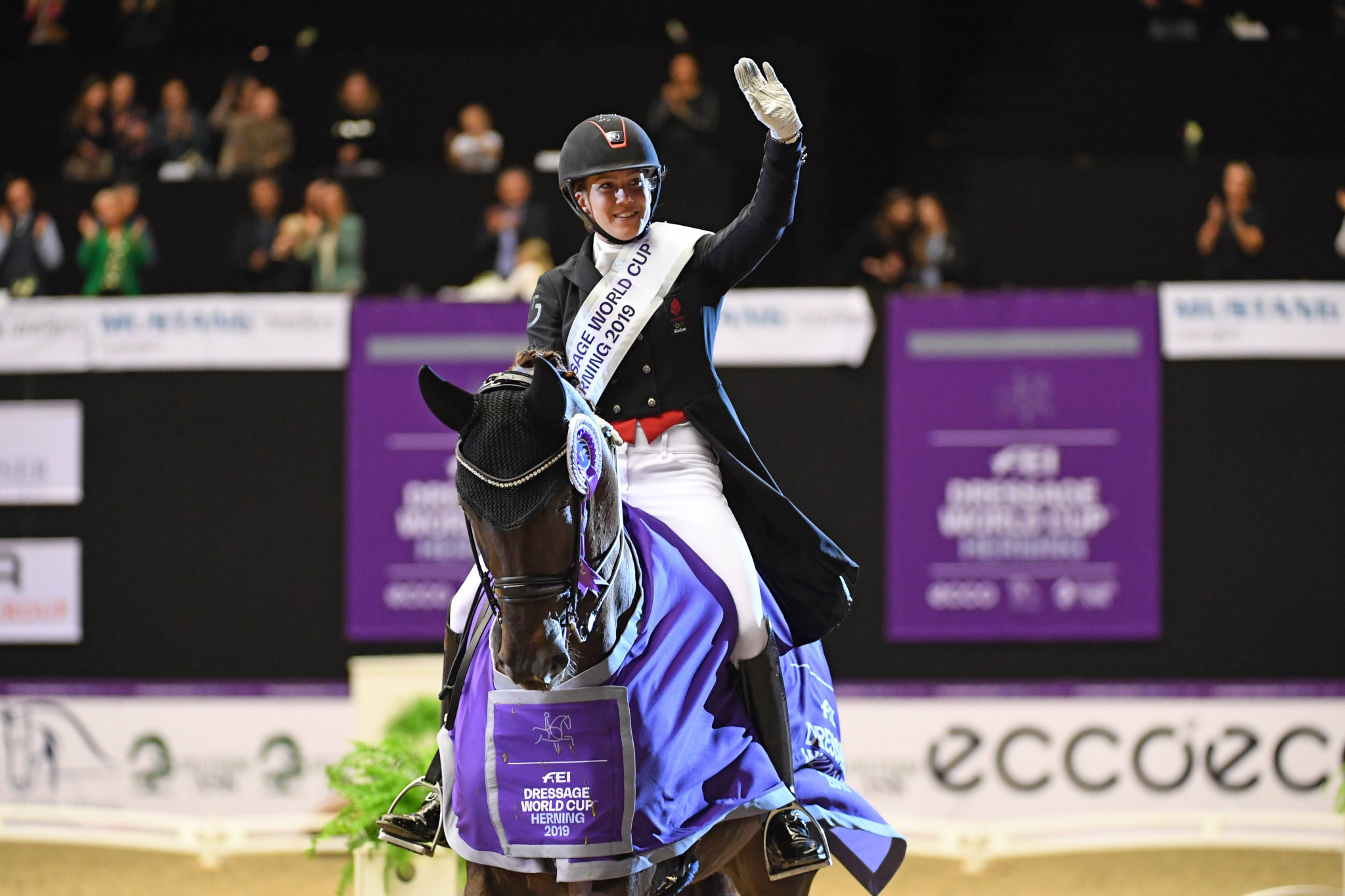 Denmark's Cathrine Dufour stole the limelight when dominating both the Grand Prix and freestyle at the first leg of the 2019-2020 International Equestrian Federation (FEI) Dressage World Cup Western European League on home ground in Herning this weekend.

She also posted the winning freestyle score of 88.191 per cent, which left her well clear of her nearest rivals, Germany's Benjamin Werndl with Daily Mirror 9 and Helen Langehanenberg with Damsey FRH, who slotted into second and third, respectively.

"Yesterday was the highlight because he (Bohemian) was super brave in front of a full-on crowd and everything came together.

"And today he brought out his 'A' game again.

"Imagine what he can do when I start to push him a bit more.

"He's going to be unbelievable."

It's all about the #PursuitofPerfection - and we found it in Herning!

Performing a masterclass of harmony, we were blown away by the pure elegance that is Cathrine Dufour & Bohemian.

Flying into the front in the #FEIWorldCup, this is going to be one exciting season! ??? pic.twitter.com/a8k6FI1qZK

This first round of the 14-leg Western European League, from which nine riders will qualify for the 2020 FEI Dressage World Cup Finals in Las Vegas in April, attracted a field of 15 combinations from eight countries.

It was a big moment for this pair as they were making their final appearance together at top level, with retirement now beckoning for the 16-year-old horse that represented Denmark at the Rio 2016 Olympic Games and helped secure team silver at the FEI European Championships in Swedish city Gothenburg the following year.

Denmark's Daniel Bachmann Andersen and Blue Hors Zack went out in front when first to produce a score of 80.485 per cent, but Dufour blew that away with a mark of 88.190.

Bohemian finished fourth in the freestyle and fifth in the special, as well as contributing to Denmark's second-place finish in the team event, at the prestigious German fixture in Aachen this summer.

The crowd rose to their feet again today, just as they did yesterday, when the pair drew to a halt in the full knowledge that they had taken a significant lead.

Germany's Werndl and Daily Mirror 9 put 84.545 per cent on the board before 2013 series champion Langehanenberg posted a mark of 83.360 with Damsey FRH.

So when the final partnership of Severo Jurado López and another nine-year-old, Fiontini, finished fractionally further behind on 83.320 per cent, the Spanish pair had to settle for fourth place.