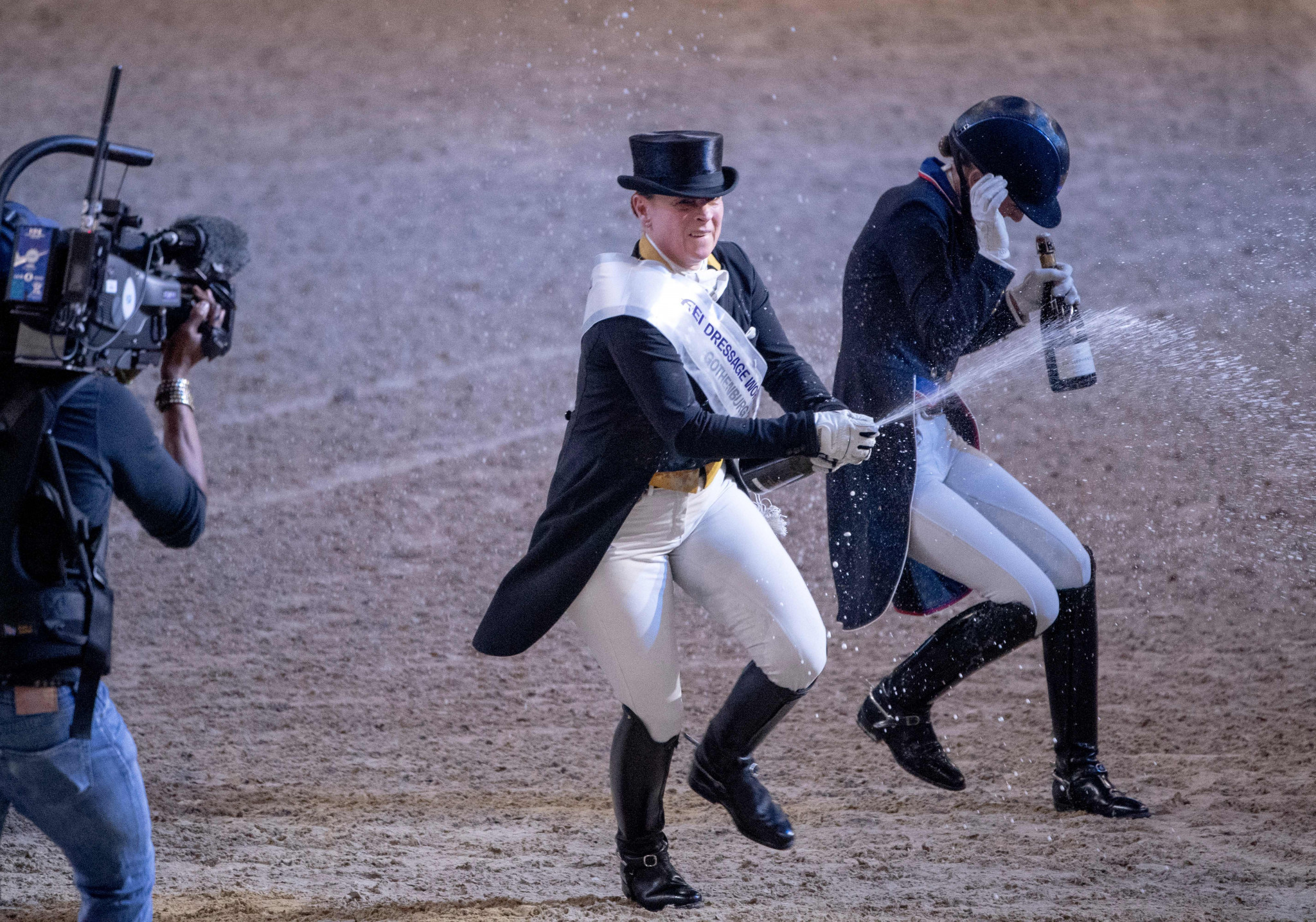 Riding Weihegold OLD, the 49-year-old – the most decorated rider in equestrian history – was awarded a mark of 88.871 to take the win at the Scandinavium arena ahead of Laura Graves from the United States and another German, Helen Langehanenberg, who scored 87.179 and 86.571, respectively.

It means Werth, the six-time Olympic and nine-time world champion, has five overall World Cup titles to her name as well.

Isabell Werth is about get the party started! 🎉🥳

The living legend shows us how to celebrate winning your 5th #FEIWorldCupFinals! 🙌 pic.twitter.com/QCA4pnXq2f

Tomorrow at the same arena, the Jumping World Cup season will come to an end.

After the first two rounds, Spain’s Eduardo Alvarez Aznar is in the lead, ahead of Sweden’s Peder Fredricson and Switzerland’s Steve Guerdat.