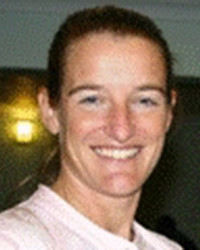 Speaking to Post Courier, Wardley revealed they were hoping for five athletes to represent Papua New Guinea next year.

"Our goal for Tokyo 2020 is to qualify up to five athletes on merit and have our first ever team qualify for an Olympics," he said.

"Along with our athletes we also have a dream to win our first medal.

"But it is a very long hard road to even qualify."

The men's rugby sevens team are also seeking a place.

Wardley spoke about the need to secure as much funding as possible to help the athletes on their journey to Tokyo.

She confirmed that the PNG Olympic Committee are reaching out to corporate supporters and the Government for help.

Having eight athletes to Rio 2016, Papua New Guinea has featured at 10 Games in total since making their debut at Montreal in 1976.