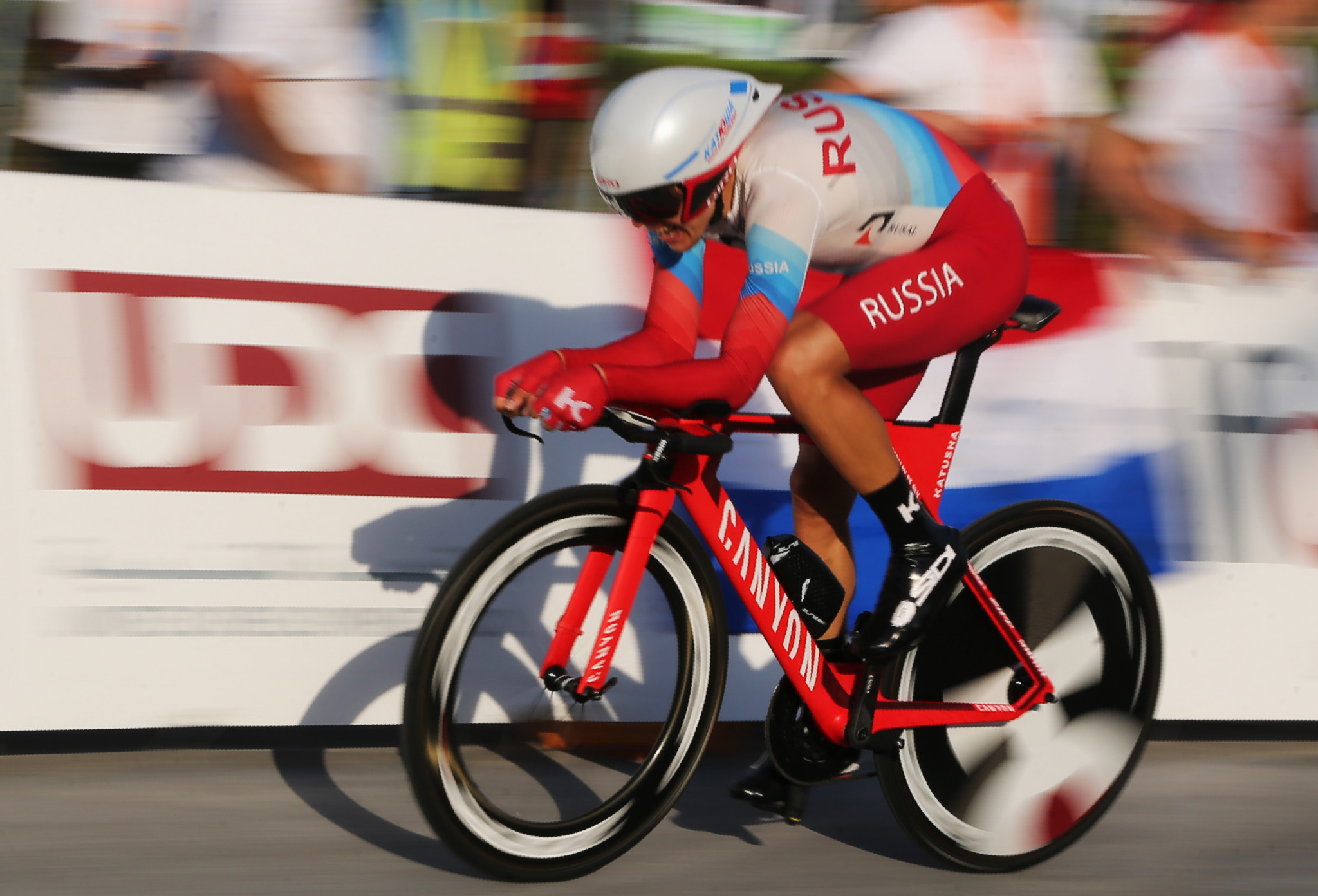 Vorobyev triumphed in a time of 38 min 32.645sec, finishing ahead of Austria's Patrick Gamper and France's Jérémy Cabot at the East Lake Greenway Road Cycling Venue

It came after Eraud had prevailed in 21:23.278, with fellow Frenchwoman Juliette Labous second and home rider Liang Hongyu third.

Among the other sports in which medals were won today was aeronautical pentathlon.

China's Liao Weihua came out on top in the flying contest with 3,500 points.

He was followed in the standings by Brazil's Frederico Brito, with 3,250 points, and Finland's Mikko Honkasalo, with 2,820.

There was also success for China in the men's 25 metres rapid fire pistol event after Yao Zhaonan, Jin Yongde and Xie Zhenxiang scored a total of 1,747 points.

Action in Wuhan is due to continue tomorrow.

Competition is scheduled to run through to October 27.