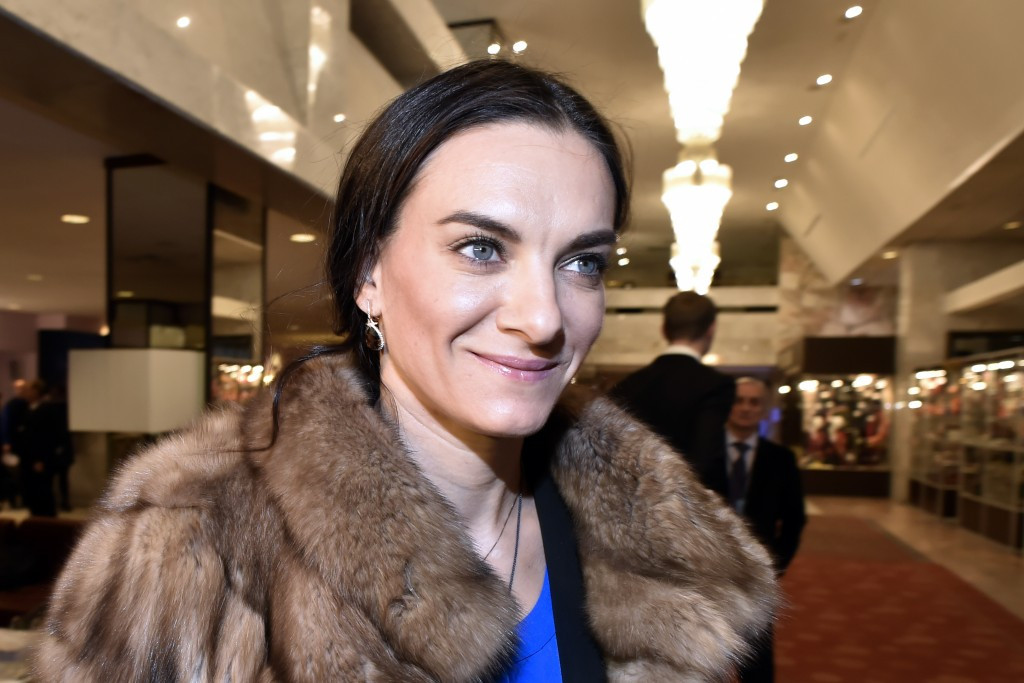 Double Olympic pole vault champion Yelena Isinbayeva has been chosen as an official ambassador for the Winter World Military Games being held in Sochi this month.

As part of her role at the Games which are due to run from February 22 to 28, the 34-year-old Russian, who was appointed as head of the Russian Anti-Doping Agency (RUSADA) in December, will be the flagbearer for her country at the Opening Ceremony.

The pole vault women’s world record holder is an officer in the Russian Army, reaching the rank of captain in 2008.

She is a member of CSKA Moscow, the central sports club for the country’s armed forces, having signed a five year deal with them in 2015.

"It is an honour for me to become an ambassador for the third Winter World Military Games," said Isinbayeva to TASS.

"In 2015, I decided to continue service in the Russian Armed Forces in my home CSKA sports club because I want to work in the interests of the Russian military sports.

"I believe that our athletes have unlimited possibilities and they will be able to once again prove it at the Sochi Games."

Isinbayeva, an International Olympic Committee Athletes' Commission member, won gold at the 2004 and 2008 Olympics in Athens and Beijing respectively before adding a bronze to her tally at London 2012.

When the Winter Olympics were held at the Black Sea resort in 2014, Isinbayeva was one of the final torchbearers during the Opening Ceremony.

About 1,000 athletes from more than 20 countries are set to participate at the third edition of the Games.