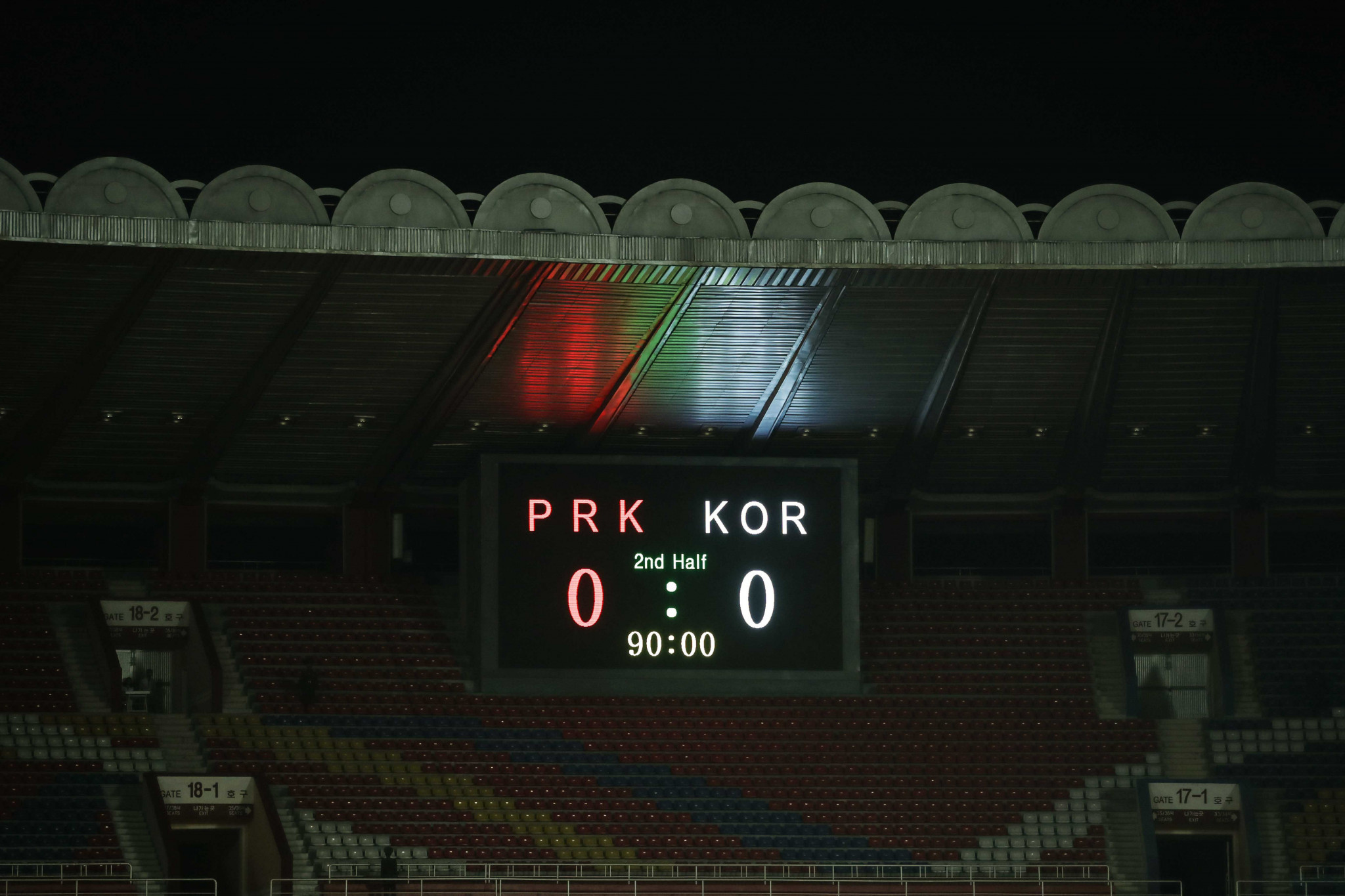 The Korea Football Association (KFA) has asked the Asian Football Confederation (AFC) to consider sanctions against North Korea following the 0-0 draw between the two nations in a 2022 World Cup qualifier in Pyongyang earlier this week.

According to South Korean news agency Yonhap, the KFA has written to the AFC to ask the regional body to "review whether it should discipline North Korea's Football Association for its lack of cooperation".

The match at Kim Il Sung Stadium was held without any fans in the stands, while all foreign media - including those from the South - and supporters were barred from attending.

The historic game, the first competitive men's match to be staged in the North Korean capital, was also not broadcast live.

South Korean Unification Ministry spokesman Lee Sang-min claimed it had tried to "sound the North out several times" to allow fans access to the stadium and for the qualifier to be broadcast on television.

"We asked North Korea on multiple occasions for help in allowing our media and supporters to travel to Pyongyang, but North Korea refused to cooperate," the KFA said in its letter, according to Yonhap.

"We believe the AFC should review whether it should discipline North Korea's football association for its lack of cooperation in these and other matters."

In its letter to the AFC, the KFA referenced a rule in the continental body's competition operations manual, which states: "Each host organisation shall ensure that visas and/or entry to the relevant territory are granted to the AFC delegation, all members of any team official delegation(s), the AFC commercial rights partner, official licensees, media, and travelling supporters, without any discrimination on the basis of, without limitation, gender, race, or nationality."

FIFA President Gianni Infantino, one of the few attendees at the match, said he was "disappointed to see there were no fans in the stands".

"We were surprised by this and by several issues related to its live broadcast and problems with visas and access for foreign journalists," Infantino added.

"For us, freedom of the press and freedom of speech are obviously paramount, but on the other hand it would be naïve to think we can change the world from one minute to the next.

"We raised these questions with the local association and we will certainly keep pushing so that football can have a positive influence in DPR Korea and other countries around the world."

The request from the KFA marks the latest tension between North Korea and South Korea, who are still technically still at war.

The two countries formed a joint ice hockey team at last year's Winter Olympics in Pyeongchang and also marched together during the Opening Ceremony.

South Korean President Moon Jae-in has claimed the Olympics could again help the peace process between the two Koreas.

The AFC said it would not comment as it was a FIFA match.