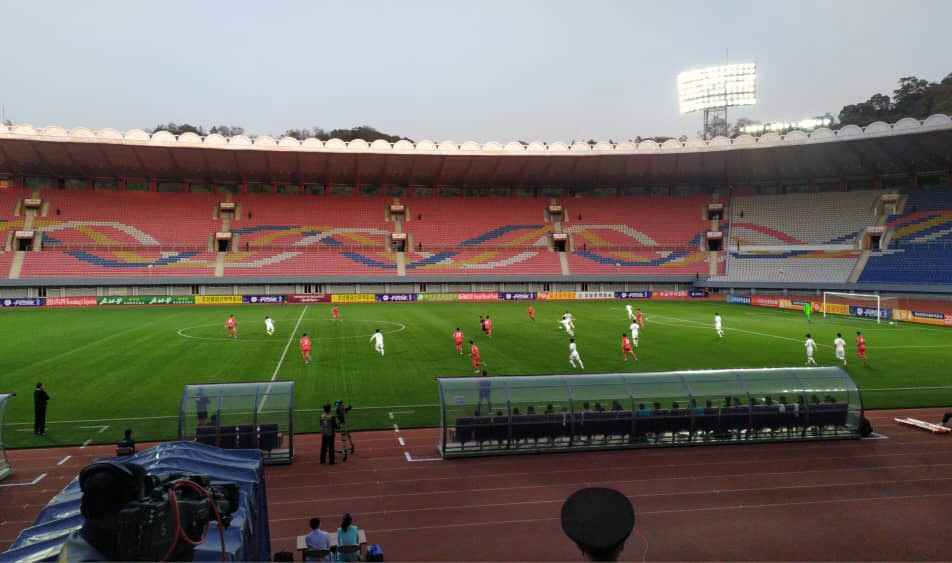 North Korea and South Korea drew 0-0 in an historic qualifier for the 2022 FIFA World Cup in Qatar, the first competitive men's match between the two countries to be held in Pyongyang.

There was no live broadcast of the match at Kim Il Sung Stadium, played out in front of empty stands with South Korean media and supporters barred from attending.

All foreign media were also prohibited by the North, while only minimal updates from the match were provided by FIFA and the Asian Football Confederation.

South Korean Unification Ministry spokesman Lee Sang-min claimed it had tried to "sound the North out several times" to allow fans access to the stadium and for the qualifier to be broadcast on television.

"North Korea promised to provide a DVD containing full footage of the match before our delegation departs," the Unification Ministry added.

FIFA President Gianni Infantino was among the limited number of spectators, the first men's match between the two nations, which are still technically at war, to be staged in Pyongyang since 1970.

Fixtures involving North Korea and South Korea are typically played at venues outside of the two countries, although a women's match in 2017 took place in the North Korean capital.

Shanghai in China hosted the North's two matches when they were drawn together in the men's 2010 World Cup qualifiers.

The game was held in Pyongyang despite the recent worsening of relations between the North and the South, which appeared to have thawed last year.

The two countries formed a joint ice hockey team at last year's Winter Olympics in Pyeongchang and also marched together during the Opening Ceremony.

South Korean President Moon Jae-in has claimed that the Olympics could again help the peace process between the two Koreas.