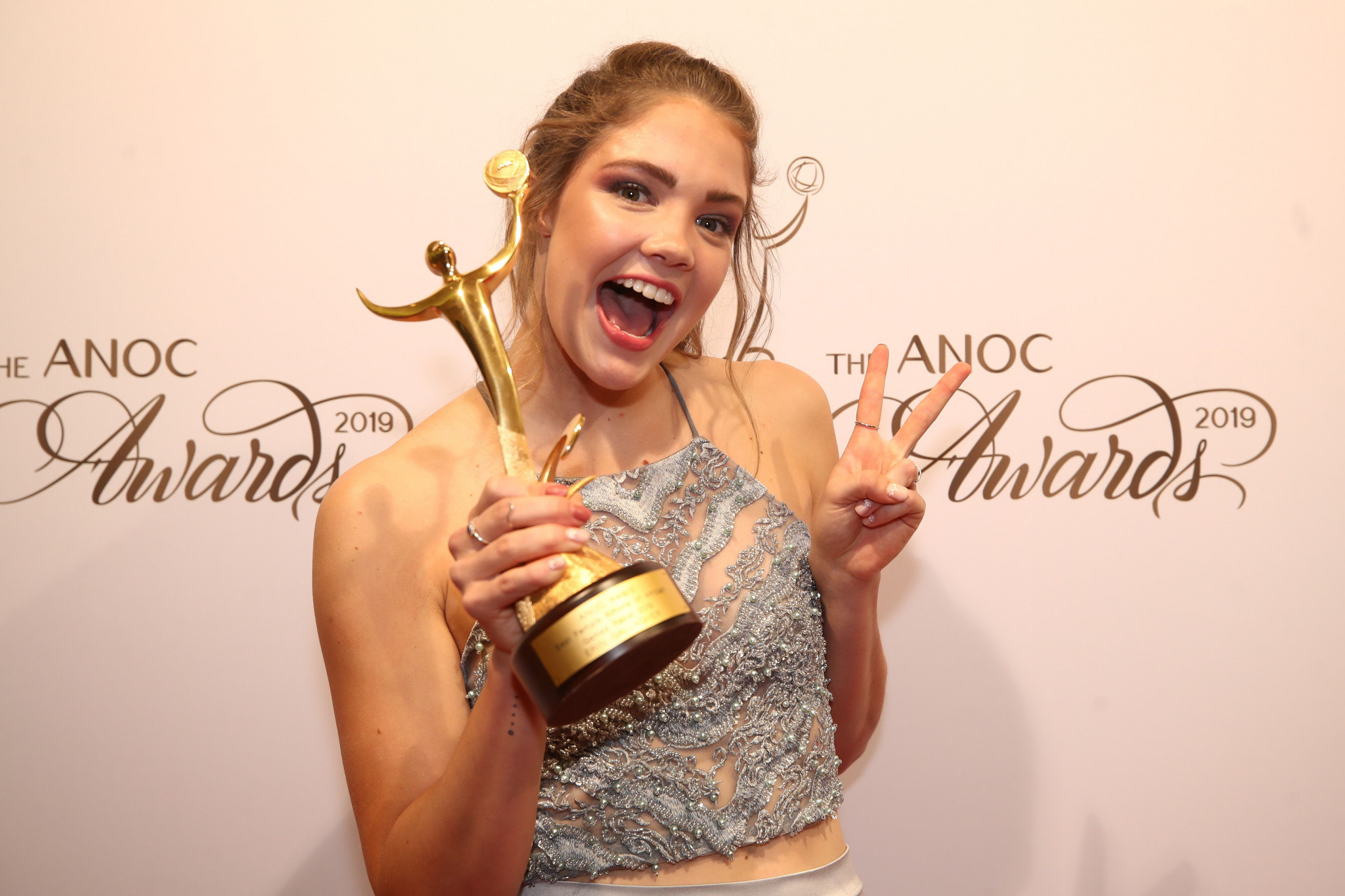 Stars of the five Continental Games were honoured at the sixth edition of the Association of National Olympic Committees (ANOC) Awards here today, with the best male and female athlete from each event being crowned.

Continental Games were recognised for the second time at the annual awards gala, following the 2015 event held in Washington.

The jury was comprised of the President of each Continental Association, representatives from the Association of Summer Olympic International Federations (ASOIF) and members of the ANOC Athletes’ Commission.

The opening award of the evening was presented to South African swimmer Erin Gallagher, in recognition of her dominant performances at the African Games in Rabat.

The 20-year-old, who labelled the honour as the "most prestigious" award of her career to date, claimed eight gold and two silver medals at the Games.

Siame, who was introduced as Africa’s fastest man, clocked a winning time of 20.35 seconds in the Moroccan city.

He became the first Zambian athlete to qualify for Tokyo 2020 Olympics following his victory.

Attention then turned to the second edition of the European Games, which took place in Minsk in June.

The multiple world champion, won the all-around, hoop and ribbon golds in Belarus’ capital city, as well as taking silver and bronze in the clubs and ball.

“It was very exciting to win this award,” Averina told insidethegames.

“The European Games in Minsk were a big part of my year, where I reached a very good result.

“It came as a surprise I just went to the competition to give the maximum I could, and it was far beyond my expectations.

“The competition in Minsk gave me confidence and it will encourage me for Tokyo 2020.”

Italian archer Mauro Nespoli took the men’s prize, with the London 2012 team event gold medallist having come away from Minsk with three medals.

He won the individual gold in the men’s recurve event at the Games, before forming part of Italy’s triumphant squad in the mixed team event.

A second gymnast of the evening took to the stage when the awards ceremony looked back at last year’s Asian Games in Jakarta and Palembang.

The 17-year-old Chinese star won the women’s individual all-around title at the Games, having already helped China to claim the team crown.

She rounded off an impressive Games in Indonesia by topping the podium in the women’s beam final.

The male honour was awarded to Ali Al-Khorafi of Kuwait, who won the individual jumping event in the equestrian competition.

Al-Khorafi dedicated his award to Sheikh Ahmad Al-Fahad Al-Sabah, who stepped aside on a temporary basis as ANOC President last year.

Robin Mitchell, who is Acting ANOC President in Sheikh Ahmad’s absence, presented the next prize of the evening to Papua New Guinea’s Toea Wisil.

Wisil, dubbed the Pacific sprint queen, continued her dominance on the athletics track at Samoa 2019.

Her four gold medals at Samoa 2019 has seen Wisil move to 15 in total at the Games.

Brandon Schuster received the men’s prize after the swimmer delivered success for the host nation at the Games.

He became the first Samoan to win a Pacific Games gold medal in swimming when he won the men’s 200 metres backstroke event on the second day of competition.

Schuster went on to claim a further gold, as well as one silver and two bronze medals.

While Pajón received the women’s honour, a fellow champion from the Games in Guadalajara and Lima received the men’s prize.

The 29-year-old Cuban secured his third consecutive Pan American victory in the men’s under-81 kilogram event following his earlier successes at Guadalajara in 2011 and Toronto in 2015.