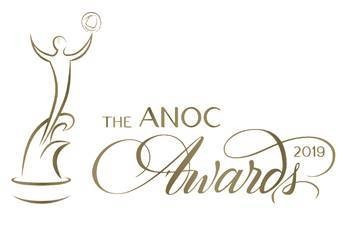 Continental Games prizes will be the centre of attention at the 2019 Association of National Olympic Committees (ANOC) Awards here next week.

Athletes from the five Continental Games will receive prizes recognising their performances.

The top male and female athlete from the African Games in Rabat and the second edition of the European Games in Minsk will be honoured.

The best performing athletes from the Pacific Games in Samoa and the Lima 2019 Pan American Games will also receive prizes, along with last year's Asian Games in Jakarta and Palembang.

"We are really looking forward to hosting the sixth edition of the ANOC Award in Doha, and to once again celebrate the outstanding athletes from each continent," said ANOC secretary general Gunilla Lindberg.

"We first categorised the awards based on Continental Games performances during the 2015 ANOC Awards, where it proved to be a great success.

"With this in mind, and with the exceptional standard of competitions during each of the Continental Games, we are delighted to follow this format for the second time this year.

"Continental Games are integral to NOCs, providing vital experience and qualification opportunities for their athletes ahead of the Olympic Games in Tokyo next year.

"Over the past 18 months, we have had the pleasure of enjoying five Continental Games of the highest standard, filled with memorable performances.

"We are looking forward to reliving these moments with the whole NOC family during the ANOC Awards 2019."

The Ceremony is due take place in Doha's multi-purpose venue, the Katara Hall, on October 17.

ANOC say the sixth edition of the Awards will celebrate the work of National Olympic Committees (NOCs) and their athletes.

The Awards evening will follow the first day of the ANOC General Assembly here, with 1,000 delegates, including International Olympic Committee President Thomas Bach, expected to attend.

They will represent the NOCs, International Federations, the IOC and Organising Committees.

The two-day General Assembly will follow the first edition of the ANOC World Beach Games, due to begin on Saturday (October 12) and run until October 16.