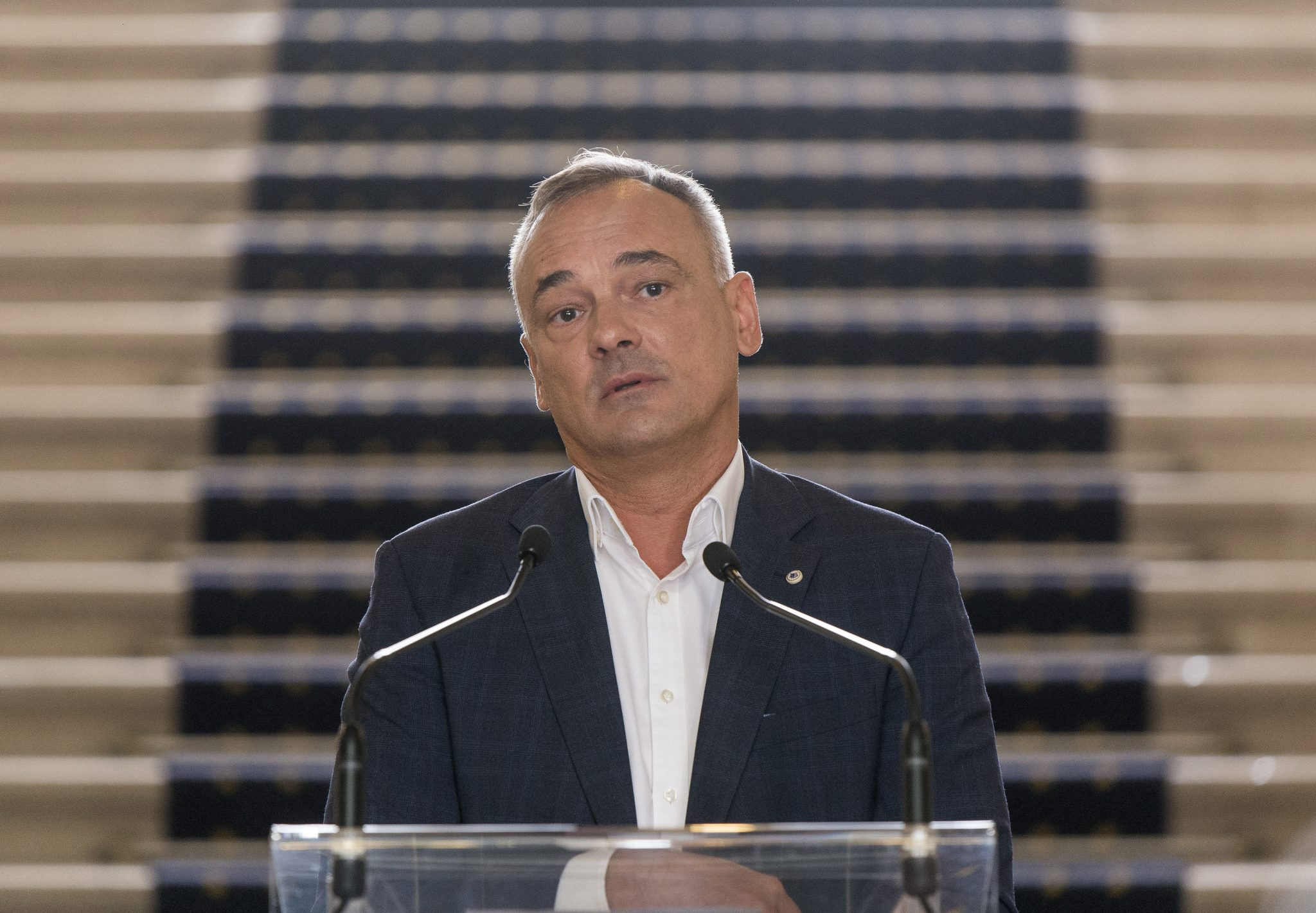 Zsolt Borkai, former President of the Hungarian Olympic Committee (MOB), resigned from the country's ruling Fidesz party today after he admitted it was him in a video that has emerged publicly of him having sex with a young woman on a yacht.

He announced the decision shortly after being re-elected as Mayor of Hungarian city Győr.

Borkai, a father of two, who won an Olympic gold medal in pommel horse at Seoul 1988, had found himself at the centre of a sex scandal when the X-rated video emerged days before the election on Sunday (October 13).

Borkai at first claimed he was being targeted in a smear campaign to oust him from office.

"I consider the lies published about me to be part of an opposition campaign aimed to divert attention away from their own incompetence," he told Hungarian media.

Borkai later admitted, however, it was him in the video.

Orban likes to portray Fidesz as a party of Christian and family values.

Political analysts in Hungary claim that the scandal surrounding Borkai contributed to the heavy defeats, including in Budapest.

"The events around me should not put Fidesz at a moral disadvantage," he told a news conference when announcing his resignation today.

Borkai claimed he planned to continue as Mayor of Győr as an independent.

He was defeated in the election by double Olympic fencing medallist Krisztián Kulcsár by 108 votes to 51.

The change in the leadership of the MOB came just months after the Hungarian capital Budapest's bid for the 2024 Olympic and Paralympic Games collapsed.