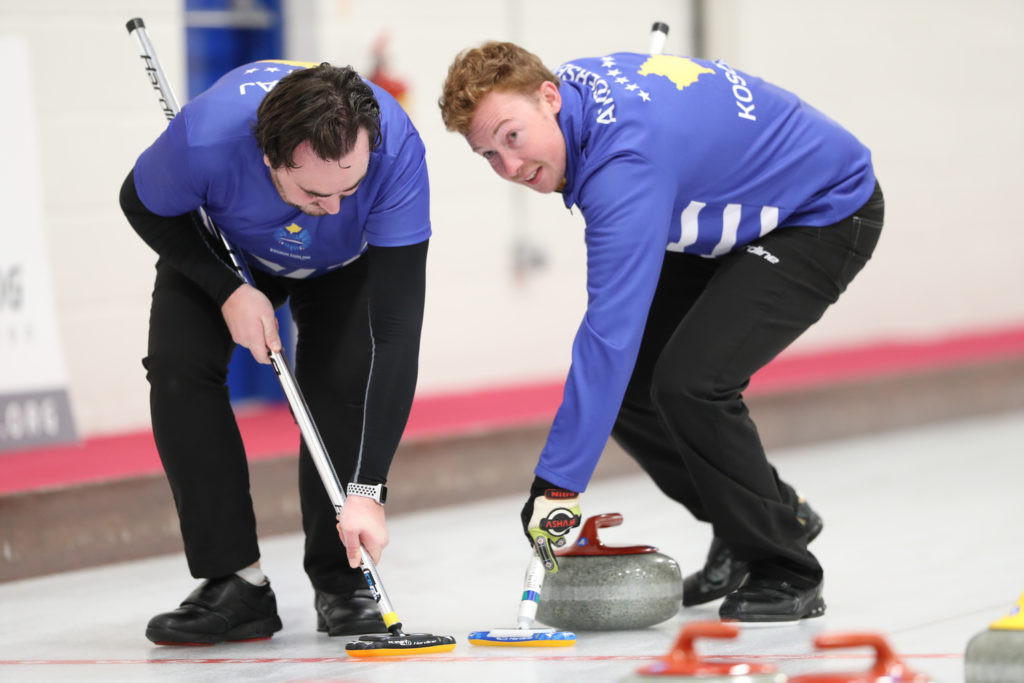 A day after having to forfeit their opening match at the World Mixed Curling Championship in Aberdeen because of travel problems, Kosovo enjoyed an historic first victory at this level when they beat Nigeria 9-3.

This match in Group A between these two emerging nations was always guaranteed to produce a result for the record books with Nigeria themselves having only made their international debut yesterday when they were beaten 16-1 by Estonia at Curl Aberdeen.

Kosovo jumped out to an early lead with a score of two points in the first end, then followed that with two single-point steals in the second and third ends.

"It’s really nice to get that out of the way because it’s been haunting us the last little while, getting that first historic win, but I’m really proud of the team.

"I really hope we can keep it going."

At the other end of the curling power rankings, defending champions Canada moved to the top of the Group.

They are the only unbeaten side after their 5-2 win over Belarus.

The increasing globalisation of curling was illustrated in other matches as Hong Kong beat Estonia 6-4 and, in Group C, Spain defeated Sweden, whose women won the Olympic gold medal in Pyeongchang last year, 5-3.

Also in Group C, Australia came from 5-1 behind at the fourth end break to defeat Latvia 7-5.