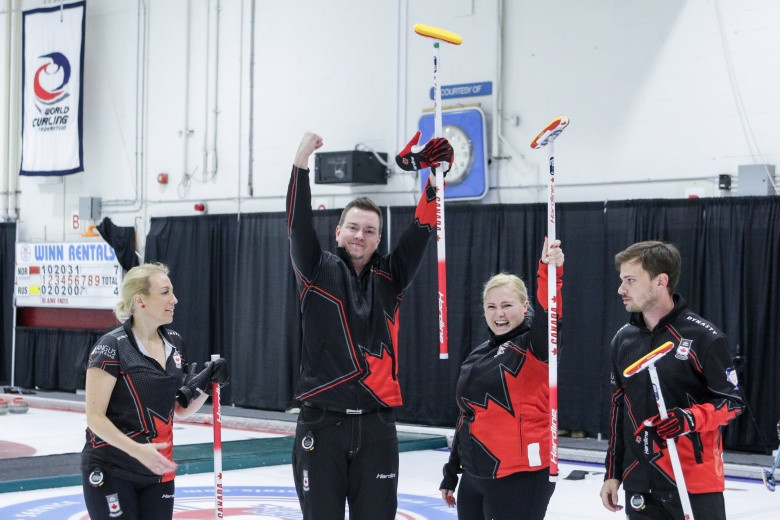 Canada will begin their World Mixed Curling Championship title defence tomorrow as competition gets underway in the Scottish city of Aberdeen.

Skipped by Colin Kurz, they are in Group A alongside Belarus, Estonia, Germany, Hong Kong, Slovakia and Nigeria and Kosovo, who are both making their World Mixed debuts.

In Group C are Spain, the 2018 silver medallists.

Skipped by Sergio Vez, the Spanish side will compete against Australia, Brazil, Sweden, Hungary, Kazakhstan, Latvia and the United States.

They are in Group E with Austria, Belgium, England, Finland, France, Korea and Russia.

The top three teams in each group will progress to the playoffs on October 18, alongside the best fourth-place finisher.

Semi-finals are scheduled for October 19, with the gold-medal games later that day.