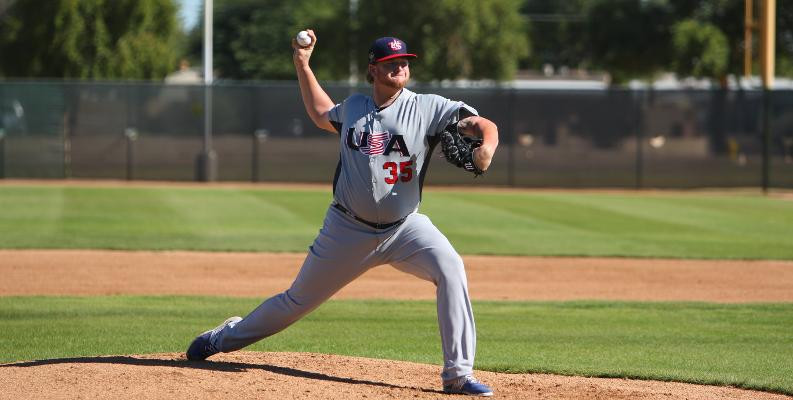 Only non-40-man roster players were selected by Team USA, with any player added to a 40-man roster at a later date set to be replaced.

The tournament, comprising the 12 highest-ranked national teams, will be held from November 2 to 17 in six cities around the world.

If the second-ranked US finish top among the seven teams from the Americas, they will book a place at Tokyo 2020.

Led by former New York Yankees manager Joe Girardi, the US are in Group A, held in the Mexican city of Zapopan, and will take on The Netherlands on the opening day of competition.

Group B takes place in the Chinese Taipei cities of Taichung and Taoyuan, while Group C will be hosted in the South Korean capital of Seoul.

The super round takes place in Chiba City in Japan, with the finals scheduled for Tokyo.

A second opportunity to secure an Olympics spot will be available next March, with an Americas qualifying event in Arizona.

Baseball is featuring at the Olympic Games for the first time since Beijing 2008, where the US finished with bronze.